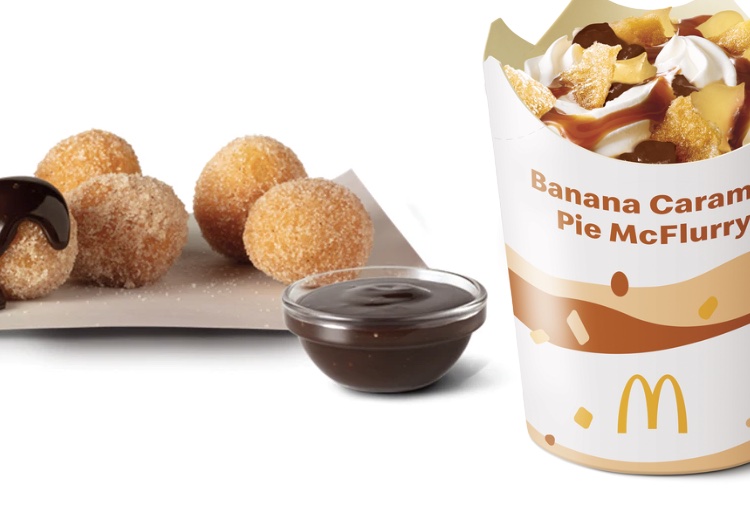 The lucky ducks living in NSW were the first to sample the McDonald’s “$2 doughnut balls” and the overwhelming message from fans was: “Do-nut take our doughnut balls away.”

The powers that be have heard our calls and now are rolling out the doughnut balls to McDonalds store nationwide and via McDelivery from 10 June.

There’s only one big key difference – the $2 doughnut balls are actually $3.

A McDonalds spokesperson has explained the dollar difference by saying that during its product trial phase in NSW there was an error in the original media reporting, leading fans to (incorrectly) believe the balls were just $2 a pack.

However, we doubt that an extra buck will deter fans after the frenzied feedback the balls received during the testing stage.

The limited edition $3 cinnamon doughnut balls are available in packs of five. You can grab a hot fudge dipping sauce for an extra 50 cents. Apparently, they will only be around until July, so go get ‘em now.

Also, new to the McDonalds menu is the Banana Caramel Pie McFlurry. This was introduced exclusively via the UberEats app for a week, but now makes its appearance in stores from 10 June.

The all-new McFlurry is described as:
“A perfect combination of Macca’s famous crispy pie pastry with a delicious banana caramel filling combined with caramel topping swirled into our famous soft serve.”

The Banana Caramel Pie McFlurry is priced at $5.00 and for an additional 55 cents, you can get extra caramel topping.

Are you keen to try the doughnut balls and the Banana Caramel Pie McFlurry? Tell us in the comments below.