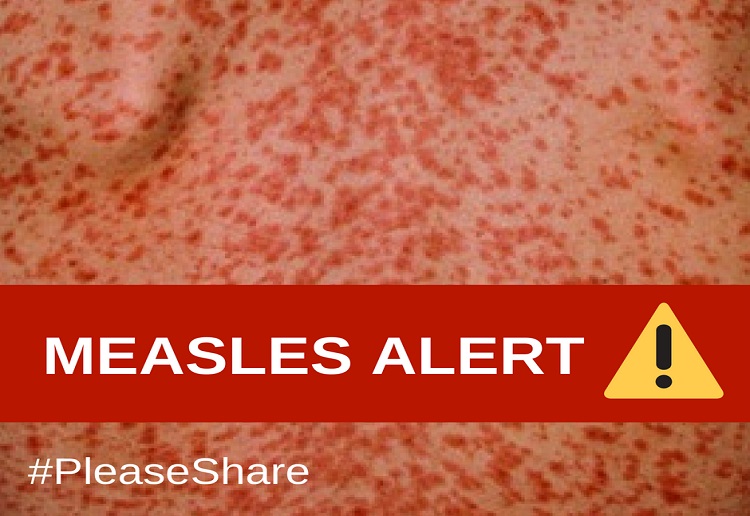 A case of measles has been confirmed in a child from North Brisbane who presented at the Lady Cilento Children’s Hospital emergency department on Tuesday, 10 July.

The infant was infectious from July 8 to 10 while in the following locations:

> Philippine Airlines flight PRO221 from Manila and Brisbane International Airport on the morning of Sunday, 8 July
> The Lady Cilento Children’s Hospital emergency department between the hours of 2pm and 9.30pm on Tuesday, 10 July.

Anyone who was on the flight from Manila or in the Lady Cilento Children’s emergency department should ensure they are protected against measles and be wary of symptoms.

Initial symptoms of measles include: fever, lethargy, runny nose, moist cough and sore and red eyes. This is followed a few days later by a blotchy, red rash which often starts on the face and then becomes widespread over the body.

Contact your GP if your family has been in the locations above and have any of these symptoms. Please call your medical practice first if you think you might have measles, so staff can take precautions to avoid you spreading it to others.