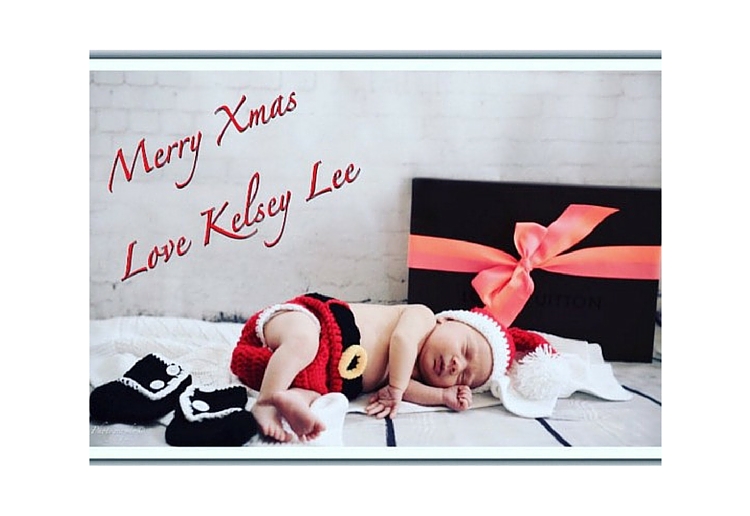 Member of Australian cricket royalty, Michael Clarke and his wife Kyly have shared the first picture of their new baby daughter, Kelsey Lee, who was born premature last month.

Both Michael and Kyly took to their social media pages to share the Christmas snaps of Kelsey Lee, who is seen lying in a knitted Santa inspired outfit.

Michael described his newborn as his ‘angel’ in his post, whilst Kyly wrote, “ Blessed with the best gift I have ever received for Christmas! My little Bella.”

These photos are the first time Kelsey Lee has been seen publicly since being born in November, five weeks early.

Earlier this month, both Michael and Kyly denied ferociously that they had tried to land a magazine deal to publicise the first photos of their daughter, speaking to the Daily Mail, a spokesman for the couple said:

“Michael and Kyly have been offered several deals but have declined. They are a private couple who are not interested in selling photographs of their daughter,” the spokesman said, “They are enjoying this private family time with their little girl.”

The Herald Sun had claimed the pair were hoping to spark a bidding war between publications, alleging that they had tried to land an $250,000 exclusive deal for the first pictures of their family.

Michael expressed his humour at the Hearld Sun’s claims by writing on Twitter:

“Hahahahahaha now that is a funny story. $250k for photos of my little girl. Please. Some families aren’t for sale!”