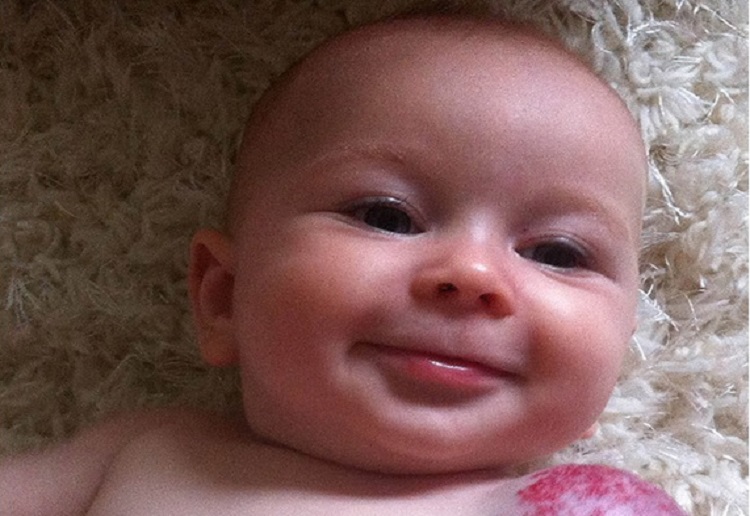 Little Lewis was born with a “Popeye” style birthmark.

The Sun reports, when Lewis Parker, 11 months old, from Scotland, was born his parents noticed he was developing huge birthmarks all over his arm and shoulder.

Nikki Parker, 28, became concerned about the growth after she was forced to buy bigger clothing to fit over his shoulder and arm.

The red swelling, which caused his family to affectionately call him Popeye because it looked like he had big muscles, grew to the size of a tennis ball.

Mum-of-two Nikki said: “Thankfully the big birthmark on his shoulder is now half the size – before we used to joke that it made him look like Popeye because it looked like he had huge muscles. 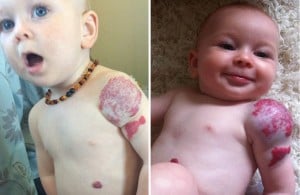 “We were worried when we realised how much his birthmark had grown, even our midwife had never seen anything like it.

“It went from being a rash to a swelling and then to rising off the skin.

“For a long time it was a concern but recently we were given medication to help shrink the large one that was even making it difficult for him to roll.”

Nikki said: “At first we didn’t know what age Lewis’ birthmark would reduce but were hopeful that if we got treatment it would shrink or if not go down on its own.

“His other marks are nail sized and don’t cause him any problem at all – they’re just cosmetic really.

“His little sister Lily adores them but sometimes we have to remind her to play carefully so that it doesn’t irritate his birthmarks.”