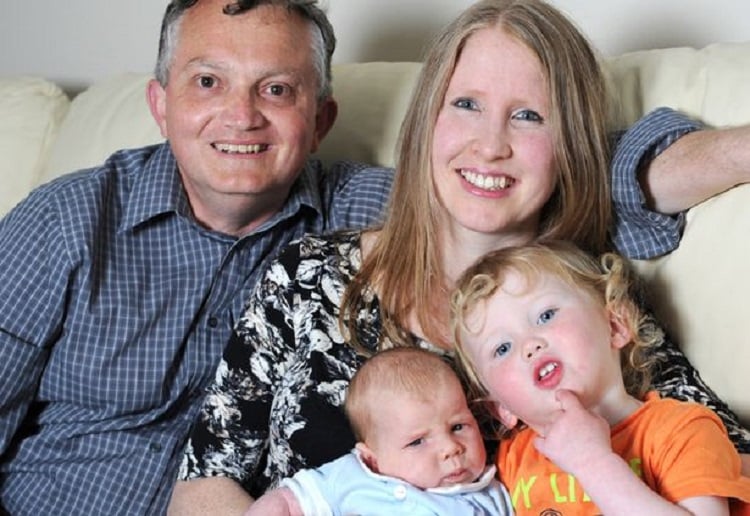 Meet Oliver and Isaac Best who were conceived at the same time through IVF but born two years apart.

The Mirror reports, parents Rachael and Richard Best, from Leicester, made the decision to freeze their embryos from a successful round of IVF, which was their seventh attempt.

Full-time mum Rachael, 35, said: “The first time they put Isaac into my arms brought tears to my eyes, it was amazing.

“I thought I would never experience the feeling I had with Oliver again but it matched it – it was so special.

“Seeing the look on my husband’s face was amazing too as he never thought it would happen.

The couple had six gruelling attempts at IVF which either resulted in failure to conceive or miscarriage.

Rachael admitted: “Both of which were equally as shattering as the other, which was hard for some people to understand, as surely a miscarriage is worse.

“For me, a failure was just as painful.”

Rachael was determined to keep trying despite the medical and financial constraints and decided to undergo a seventh round using Intracytoplasmic Sperm Injection (ICSI) treatment.

It was a success and Oliver was born at Leicester Royal Infirmary on March 22 weighing 7lbs 6oz.

Two embryos from the same batch were frozen and two years later both were thawed out for Rachael’s eighth round of IVF.

“We always knew we would do it again with those embryos,” Rachael said. “We wanted to go with those ones rather than go through a fresh cycle, it was just a question of finding the right time.”

Little Isaac made an early appearance on March 17, weighing 8lb 9oz and the pair who are technically twins are now inseparable. 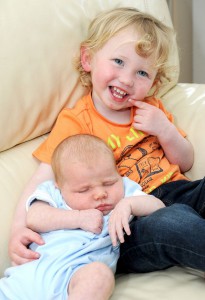 Rachael said: Oliver’s fantastic with Isaac – he absolutely adores him and is always hugging him.
“He’s brilliant and if Isaac cries Oliver runs over to comfort him.”

Image via The Mirror.