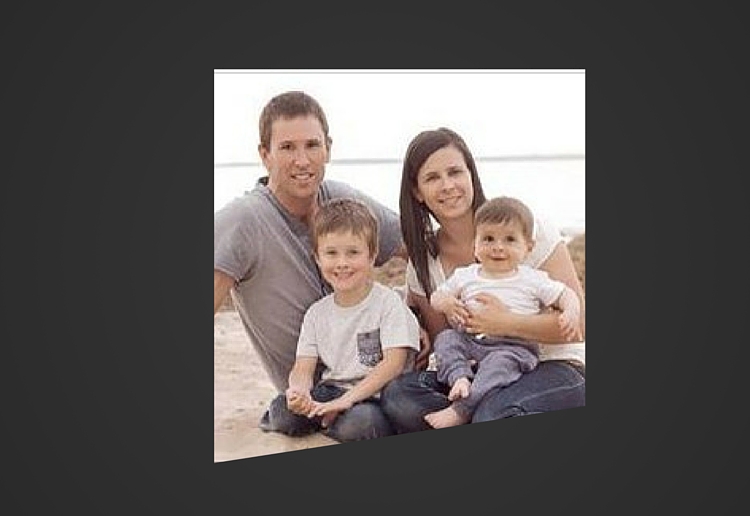 Damien Little and his two sons will be farewelled in a private funeral in Port Lincoln today.

The service will be closed to the media with mayor Bruce Green saying it will be another tough day for the small community.

“There’s really deep sorrow and sadness and people are unable to rationalise what happened and find it really difficult to know what to do next apart from getting on with their lives,” Mr Green said.

Damien shot himself and his two sons Koda, four, and Hunter, nine months, before driving their vehicle off Port Lincoln’s wharf on January 4.

Wife, Melissa, released a statement to the media describing her husband as a “father who loved his two children very much”.

Today she has written emotional poems to her sons and husband, as part of a funeral service for the victims of the tragic Port Lincoln murder-suicide.

More than 600 family and friends attended the funeral of Koda Little, 4, his nine-month-old brother Hunter and their father Damien, 33, at the Eyre Peninsula town.

Guests were given a service card with poems written by Melissa. 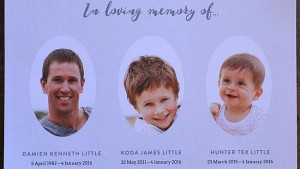 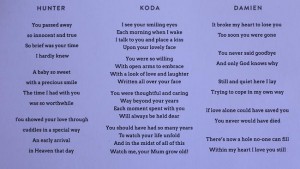 To her four-year-old son, she wrote: “You were thoughtful and caring way beyond your years / Each moment spent with you will always be held dear.

“You should have had so many years to watch your life unfold / And in the midst of all this watch me, your Mum grow old!”

She described Hunter, nine months, as “a baby so sweet with a precious smile”.

“You passed away so innocent and true / So brief was your time I hardly knew,” she wrote.

To her husband, she wrote: “It broke my heart to lose you / Too soon you were gone.

“You never said goodbye / And only God knows why.”

After the service, for which dozens of people flew in from around Australia, yellow, blue and white balloons were released in tribute to the trio, who died almost three weeks ago.

The family also released a statement following the funeral service.

“Today we mourn the loss of three lives taken from this world too soon,” it states.

“We will share sadness that we can no longer see their smiles, enjoy their hugs and watch them grow.

“We will also celebrate the special times an the joy they brought us, while they were in our lives.

“Damien, Koda and Hunter blessed so many with their presence and today is the start of the next journey without them beside us.

“Please respect the privacy of our families and the community — so we can allow these three souls to now rest in peace.”

Our hearts are with the family today. We hope Melissa is coping as best anyone can at this time.

If you need support and information about suicide prevention can contact Lifeline on 13 11 14.