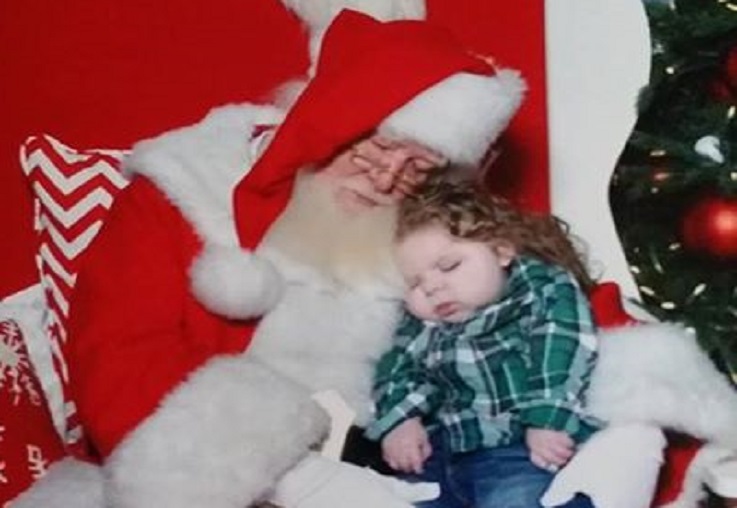 The internet is flooded this time of year with Santa pictures. But none as touching as this one.

Last week we shared a beautiful image HERE of young Brayden who was diagnosed with autism at age three, and Santa down on the floor just hanging out.

Then we shared the story from Samantha Wade, of Ohio, who posted a snapshot of her sleeping son Ryland on Santa’s lap to The Mighty’s Facebook page on Sunday, the reason why will warm your heart.

Samantha wrote that her toddler, who has epilepsy and spastic quadriplegia cerebral palsy, had a seizure that left him exhausted. He was still determined to visit Santa though.

‘When I set Ryland on his lap, he wouldn’t open his eyes for anything… but Santa immediately cuddled with him, and very quietly talked to him for awhile.’

Sam Wade wrote on ‎The Mighty FB page
I just wanted to share this photo. We took my son Ryland to see Santa Claus today at the mall. It was an event for kids with special needs, and it took place before the mall opened. It was very quiet and relaxing, the perfect environment for a child who needs more of a calming experience with Santa. Ryland had a seizure before we went, and this one took a toll on his energy–but nothing would stop him from meeting Santa! When I set Ryland on his lap, he wouldn’t open his eyes for anything…but Santa immediately cuddled with him, and very quietly talked to him for awhile. When it came time for a photo, he pretended like he was snoozing along with Ryland, making for one awesome picture, and a very memorable moment for us!

Sometimes you just gotta go with the flow, and I’m so glad Santa Claus did. 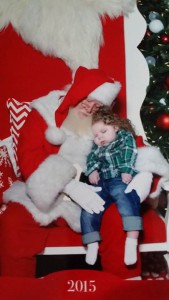 TODAY we share with you this very cheeky photo of Santa in Tasmania which was shared to Facebook: “Hunter was finding it difficult to sit with Santa during his session so Santa went all sneaky and hid from the camera for a quick photo! Thank you to Hunters family for allowing us to share this with our community.” 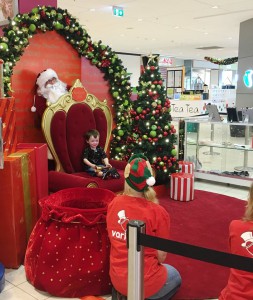 Find out the Sensitive Santa locations around Australia here.