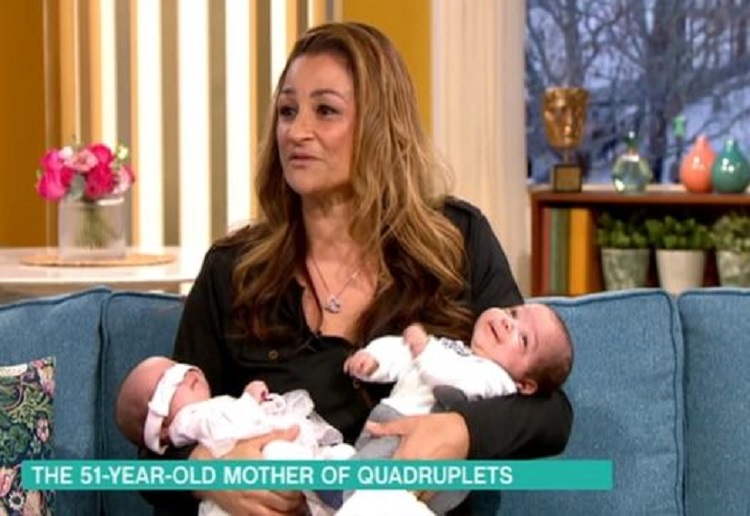 This Morning viewers were shocked to watch a baby’s headband slip round its neck while her mum chatted to the hosts.

Tracey Britten, a 51-year-old mother of quadruplets, used her inheritance to go through IVF, which resulted in the birth of her four babies just three months ago.

Holly Willoughby and Phillip Schofield held a baby each, while Tracey held a boy and girl in her two arms.

The baby girl’s headband slipped over her eyes, but as the interview continued, the headband continued to slip around the baby’s neck, which shocked fans as they watched, shares The Mirror. 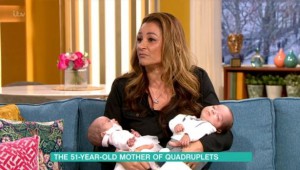 The headband remained there as the interview continued, during which Phil joked that his little one, also a girl, had filled her nappy.

But while Phil was joking with his girl, fans were utterly shocked, taking to social media to share their concern.

One said: “#ThisMorning how many people are in that studio, and no one has informed that mother that one of those babies has its head band over its eyes and mouth??? Ridiculous”

Another said: “Errr may wanna check your baby love the bands slipped down to its neck. #ThisMorning”

A third continued: “Why has no-one removed that headband from around that babies neck?!!!!!”

And another asked: “How have they not noticed the baby’s head band?! Poor kid”