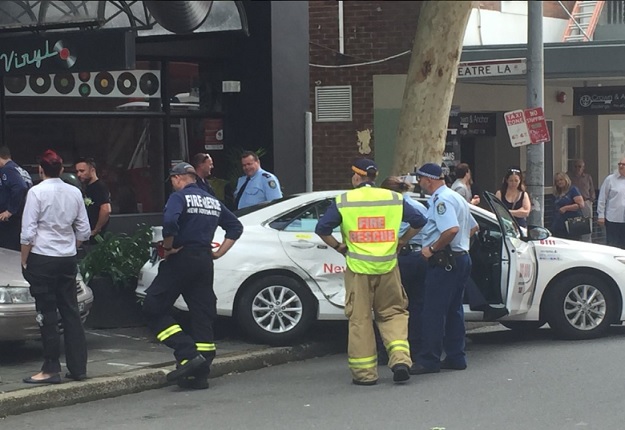 A mother and her baby are in hospital after a car knocked them over near NSW café.

Officers have been told that a car reversed into a parked vehicle, before mounting a footpath, knocking over the woman and her baby, and then crashing into a café in Perkins St.

The driver of the car, a man believed in his 70s, has been taken to hospital for mandatory blood and urine testing.

“Obviously the first bang was the car hitting the taxi and the second hitting the wall,” Mr Joy said.

“You couldn’t see [the mother] at all and the father was screaming ‘that’s my baby, that’s my wife’.”

A man presumed to be the woman’s partner started to scream, “She’s under there.”

“Someone said get a [car] jack and someone else just said lets lift it.

“We all just got together and lifted it to get her out.”

“They lifted it up like it was nothing,” said Joy.

“It took them about 20 seconds to release her.”

Hope they are OK! We are sending get well wishes to both mum and bub.