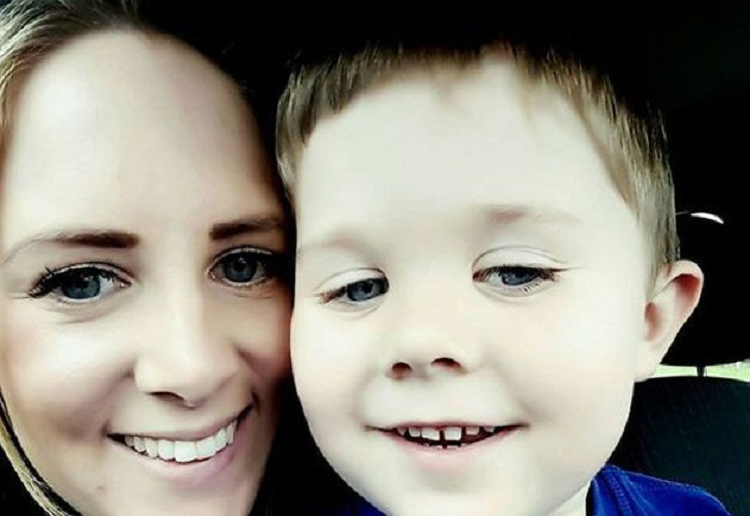 Mum of autistic child was appalled after a neighbour complained about her “screechy, screaming child” and referred to her son as “it”.

Jessica Green, 27, of Berkley, Gloucestershire in England’s southwest, was sent an anonymous note complaining about her three-year-old son Henry playing in the garden, according to The Sun.

Henry is autistic and non-verbal.

He communicates through making noises and screeches.

The letter, which the mum of two posted to Facebook reads, “Can the parent responsibly (sic) for the screechy, screaming child, who screams continually while it is playing outside be advised that the rest of the residents in Fishers Road are sick to death of hearing your child scream continuously.

“It gets on everyone’s nerves and there is no need of it (sic).”

The letter goes on to call Ms Green and her partner, Josh Smith, 29, selfish for “allowing” Henry’s behaviour. 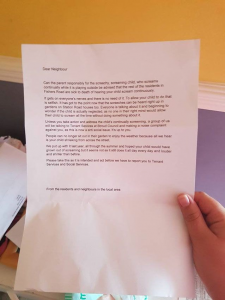 “People can no longer sit out in their garden to enjoy the weather because all we hear is your child shrieking from across the street,” it reads.

“We put up with it last year, all through the summer and hoped your child would have grown out of screaming but it seems not, as it still does it all day every day and louder and shriller than before.

“Please take this as it is intended and act before we have to report you to Tenant Services and Social Services.”

Ms Green, who is a full-time carer for Henry, said the note is appalling.

“They should have common courtesy to ask if the child’s OK and I’m sure it is just the thoughts of one individual because other neighbours have come to my defence,” she said.

“I want to make people aware of autism – they were too quick to make a judgement.”

The 27-year-old said despite the note, she still lives in a “lovely area” and a “nice community”.

“In this situation you’d like to think the neighbour would come and address you personally,” she said.

These stories make me so angry! How dare another person judge a family like this, what is wrong with this world?