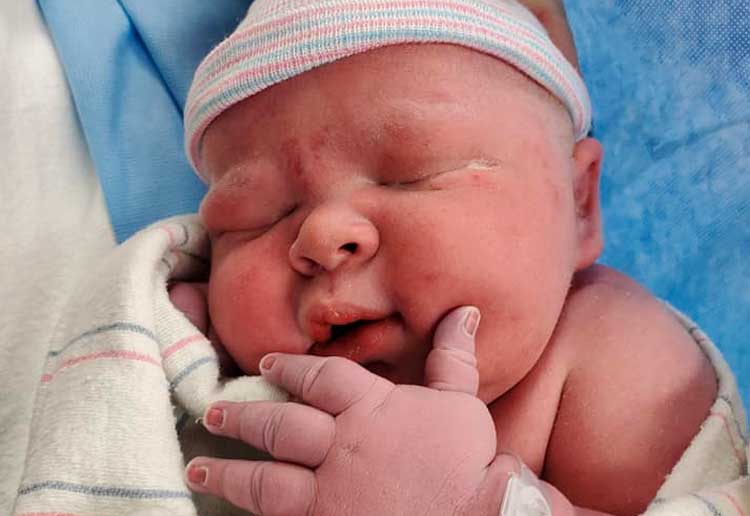 A shocked mum has given birth to a baby weighing double the average newborn, tipping the scales at 6.3kg, or just over 14 pounds.

Cary Patonai, from Arizona, delivered her bouncing baby boy at 38 weeks via c-section, after her water broke during a doctor’s appointment. The mum-of-two had already been scheduled for a c-section, with doctors predicting her baby would be close to 14 pounds.

But when her water broke unexpectedly, doctors decided to bring forward her c-section. Baby Finnley ended up surprising everyone when he born large enough to wear clothes designed for nine-month-old babies, weighing 14 lbs, 1 oz. 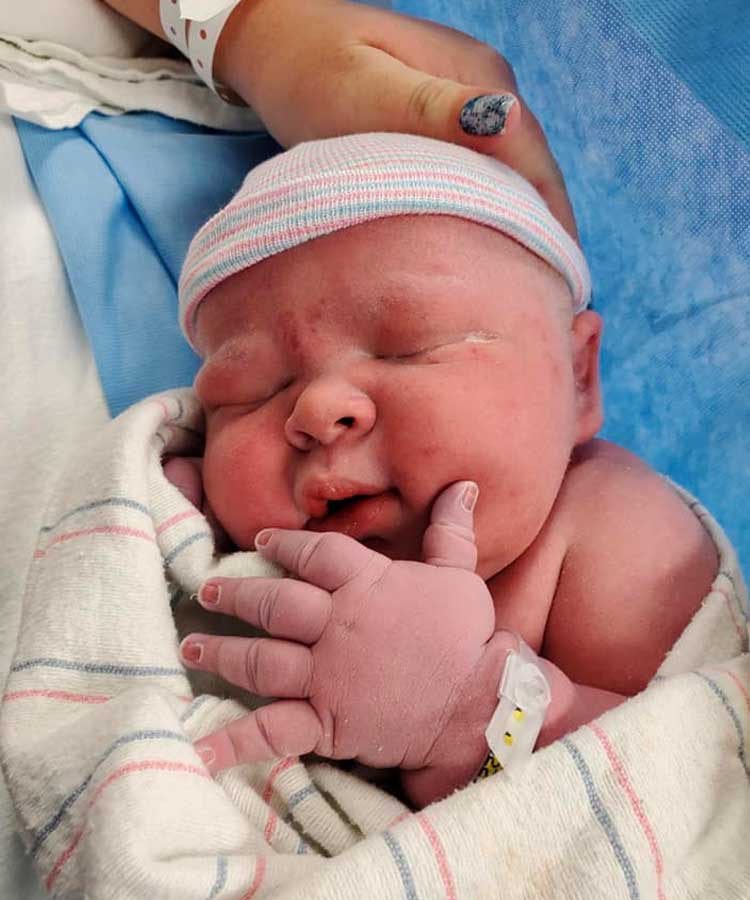 “He was so big plus I had almost double the amniotic fluid, so to say I had a big baby belly and that I was absolutely completely uncomfortable isn’t enough,” Cary told Fox News. “However, I would do it all over again if I had to, to get this blessing.”

Cary explained in a Facebook post that the doctor who delivered her larger than life bub was in awe. “Finnley is the biggest baby he’s ever delivered, along with another obgyn of 27 years, and a nurse that was there during my c-section. It was incredible. He is the talk of the hospital! My doctor is going to do some research and see what we can do. We really think we’ve broken a record!” 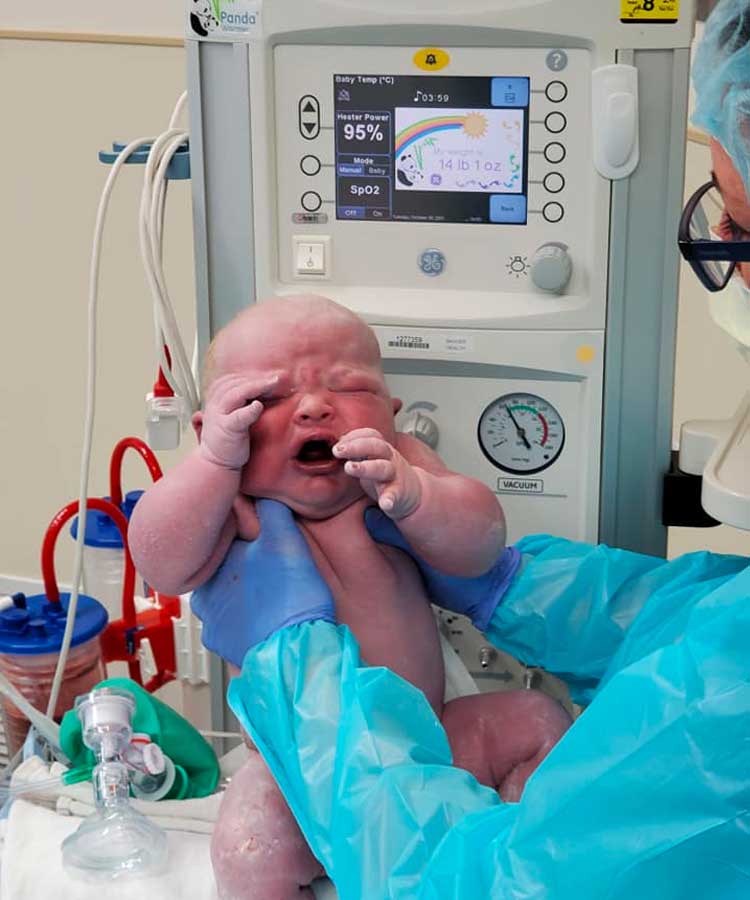 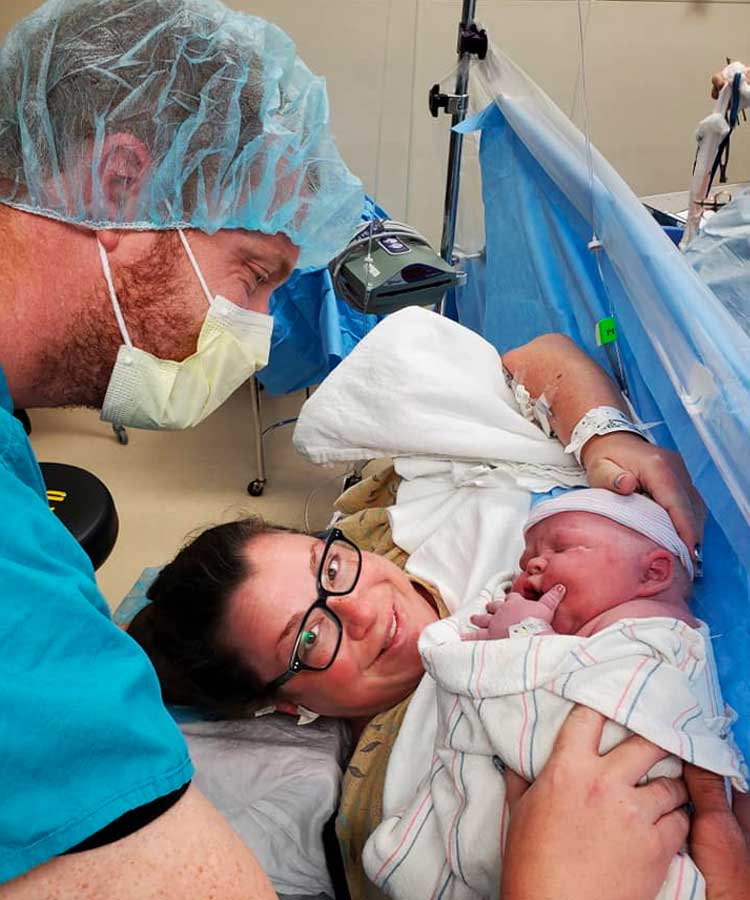 The exhausted mum explained she’s still recovering from the birth, as is Finnley. “I am having some haemorrhaging going on now. I’ve literally slept one hour since I’ve been here. Sigh. But it’s ok, because I am doing everything I can to get him to come home with us!

“Finnley originally had breathing issues, but has since graduated off of O2. Now the big concern is his sugars. He has an IV drip and needs to come off of it and stay stable for 12-24 hours before he can come home. I have been going in every three hours. This mama is doing everything she can to make him all better!”

The not-so-little-fighter has since been discharged and is settling in to life with his siblings, big brothers Devlen, 10 and Everett, two. And just for the record, his brothers weren’t exactly lightweights at birth either – tipping the scales at 8.2 pounds and 11.1 pounds when they were born.

How big (or small) was your baby when they were born?