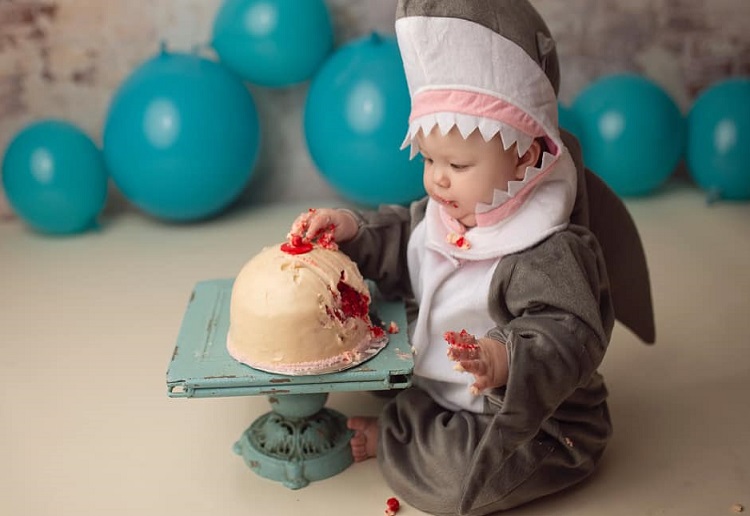 Kayla Seitz, mum to 9-month-old Sophie, celebrated with a hilarious photo shoot of her baby dressed in a shark costume, devouring a breast.

That’s right. Her little “Sophie Shark” was snapped chomping on a boob-shaped cake, complete with bloody red icing inside.

“Here’s to surviving nine months of breastfeeding,” she told POPSUGAR.

“Since Sophie has started teething, my family has called her Sophie Shark because she is harsh with the . . . ninny. I had to do some cute photos to remind me how painful [it is] and to not have any more kids!”

The photos were shot by Iga Logan Photography.

Kayla joked, “Don’t bite the boob that feeds you.”