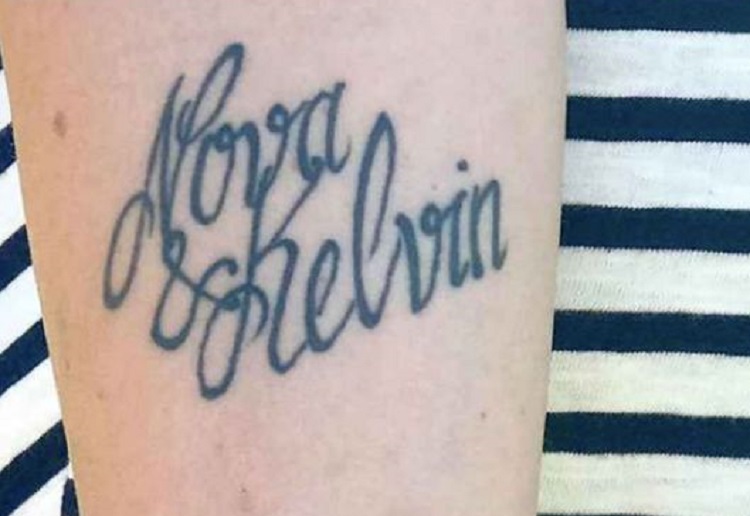 Mum decided to rename her son after a botched tattoo.

Johanna Giselhäll Sandström, from Sweden, decided to get her children’s names, Kevin and Nova, inked on her arm.

But the tattooist made a spelling error and the 30-year-old was left with the name Kelvin instead of Kevin, reports Yahoo 7.

The mother said her “heart stopped” and she “almost fainted” when realising the error, local newspaper Blekinge Läns Tidning reported.

“The artist drew the design and didn’t ask anything about the spelling so I didn’t give it any more thought,” she said.

Ms Sandström was told she would have to undergo a series of laser removal sessions to get rid of the tattoo and instead decided to change her son’s name to Kelvin.

She said she spoke to her husband and the name quickly grew on them as it was “unique”.