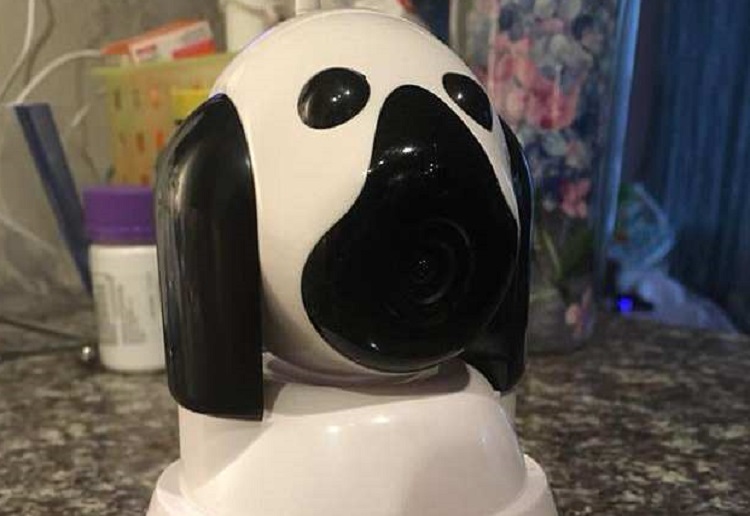 Mum claims her baby monitor was hacked so it could watch as she breastfed her three-month-old son.

Jamie Summitt, 24, said she discovered the glitch while her son Noah was sleeping at their Charleston home last week.

The first-time mother bought the Fredi monitor on Amazon because it could be used on WiFi and controlled via a phone app.

The app allows the user to control the movement of the camera remotely.

The mum shared that we she was sitting in her living room keeping an eye on Noah via the baby cam last week when she spotted the camera moving.

‘All of a sudden I noticed out of the corner of my eye that the camera was moving… and it was panning over to our bed,’ Summit said in a lengthy Facebook post.

‘The exact spot that I breastfeed my son every day. Once the person watching realized I was not in bed, he panned back over to Noah asleep in his bassinet.’

‘My heart immediately sank into my stomach. I realized that this morning the camera was facing our bed when I had last left it facing away from our bed and over at Noah in his bassinet.’

Ms Summit said she initially thought it might have been her husband logging onto the app from work. She said he often did so to check in, but he said he hadn’t accessed the camera that day.

‘I feel so violated. This person has watched me day in and day out in the most personal and intimate moments between my son and I. I am supposed to be my sons protector and have failed miserably,’ Summit said.

The couple tried calling and emailing the company behind the monitor but the number listed was out of service.

They also called police but were told there was nothing they could do.

The mums post has gone viral with over 2680 shares and nearly 1000 reactions.

Last year a mum shared how her baby monitor was also hacked - read her story here.

Cyber experts warn any internet applications accessed through home wi-fi carry a risk. “Anything that’s on the internet has a particular ‘footprint’ which can be traced.”