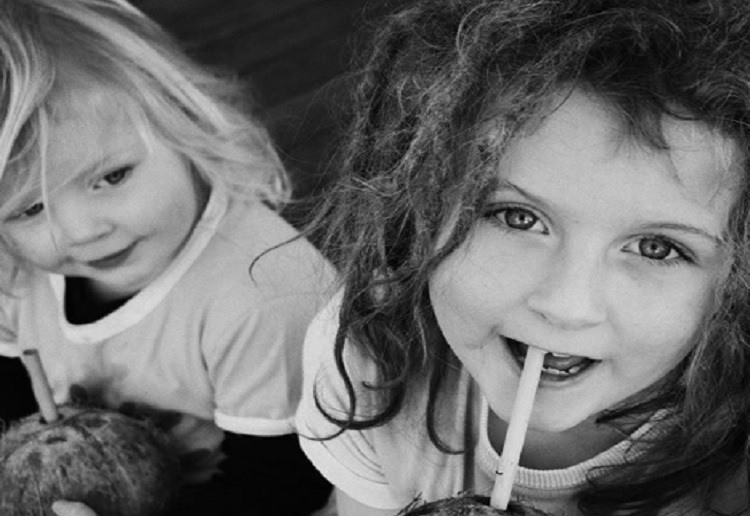 A young mother has pulled her son out of school after she claims he was bullied by a teacher because he is vegan.

Byron was taken out of school because he was singled out by a teacher who mocked him for his parents’ beliefs, so the Queensland couple chose to home-school him themselves, shares Daily Mail.

‘Sending Byron to school is not something we would ever consider again,’ said Kirsty, who refers to all three siblings as her ‘Flower Children’.

‘We actually decided to home-school when Byron was in reception, but it turned out to be a massive flop. We returned him to school, then only months later realised it was a mistake and schooling wasn’t suited to him as an individual or us as a family.

I believe the one thing that puts people off going vegan and put me off when I was making the transition is this thing called “the vegan police”. They will literally tear you to shreds on everything you consume/purchase/wear and make remarks on anything they can trying to “catch you out” as a vegan and have an extremely hostile approach. I get it all the time and it even makes me roll my eyes and I’m a vegan so I could only imagine how it infuriates people who don’t eat vegan, it would put them off of this lifestyle completely! For the record, if you see my children in anything that contains animal products, they were bought before I went vegan, they are recycled or were given to us by a friend/family member (who I have now educated on what to buy and what not too) I would never consciously purchase anything containing animal products because I don’t want to support or contribute to these industries. But please, if you’re a vegan, instead educate but in a kind way, don’t be “the vegan police” or feel the need to comment on someone’s post to interrogate them, this is the best way to push people away from this lifestyle, I know because it pushed me away years ago when I wanted to become a vegan. Be kind, don’t assume and encourage people to become vegan in a nice way✌️????

‘So, we put a plan in place the second time and it’s been successful ever since.

‘Regular school didn’t work for us because it needed a set routine. We were also extremely upset when Byron was bullied by a teacher who didn’t agree with him being vegan and singled him out because of it.

‘I found that a lot of what they were teaching Byron was the opposite of what we were teaching in the first place, so it was extremely counterproductive.

‘We aren’t restricted to just weekends or school holidays to do things. We can trial and error and adjust our learning program to what suits us at that particular time. Byron can choose what he wants to learn, rather than be told.’

‘We usually start the morning off with yoga, meditation and affirmations to give them a positive start to the day. The children start their yoga or meditation anywhere from 5am to 6.30am depending on when they wake up,’ she said.

‘Then we plan Byron’s day out with a white board with his usual learning program and ask him something in particular he is interested in learning that day, so we can incorporate that into his learning.

All five members of Kirsty’s family are vegan, even 10mth old, Luna Peaches, who drinks vegan smoothies from her baby bottle.

Green smoothies for all of us this morning, apart from Kenny as he left for work at 4:30 this morning! I added hemp seeds, Irish moss, avocado, spinach, lettuce, bananas& coconut milk ????????. Have you read my blog on why we switched to bamboo straws from stainless steel? If not the link is in my bio ☝️. Head over to @choose.2.reuse if you want to purchase some bamboo straws the same as ours ✨