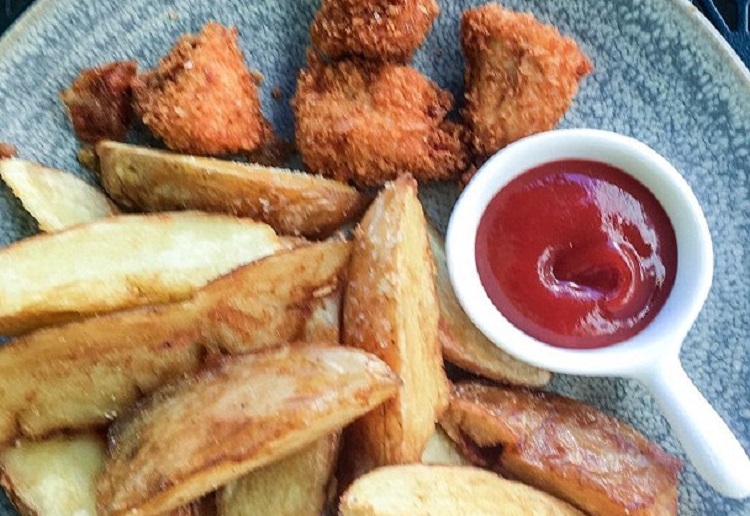 Mother-of-two, Vanessa Maldonado, took her young family for a meal at the Hanging Ladder in Balmain but was underwhelmed by the portion size of her daughter’s meal and left disappointed with the manager’s handling of the matter.

After sharing her experience on social media, the owner commented in defence of the establishment and accused Ms Maldonado of lying and threatening the restaurant with bad reviews. 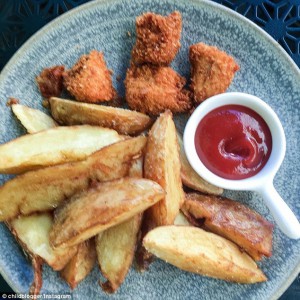 The blogger wrote, “I asked the waitress if they made a mistake and she said she would ask the chef. She came back letting us know that the chef said that was the right amount [of chicken nuggets].’

Unimpressed, she said she asked to speak to the manager.

‘He became defensive and said the cost of the plate to him was $2 plus the cost of running the business and paying staff and believed the portion size was ‘quite generous’ for the price.’

‘The manager then said he would take the plate back and take it off the bill and walked off.

‘I was taken aback by his response and my daughter was left with nothing to eat for lunch.’

Ms Maldonado’s post had been liked by 438 users at the time of publication, and received a number of comments from the Hanging Ladder’s business account.

Speaking to Daily Mail Australia, the owner of the Hanging Ladder Andrew McNamara said he feels the dish was fairly priced and sized for a kids plate and that his restaurant is now being misrepresented.

‘This is the first complaint we’ve had on the size of the plate. I feel the portion is in line with the quality and price offered. It’s made with fresh crumbed chicken breast and our house made wedge cut chips.

A number of social media users criticised the Hanging Ladder’s handling of the dispute, with one observer noting the restaurant ‘wasn’t doing themselves any favours with all this arguing’.

One food blogger shared the past asking people what they thought saying, “I reckon that looks ok for $8.50! I’m also not really “for” slamming small businesses online. Whilst I might not return if I wasn’t happy with the service, to put down a small cafe online just doesn’t sit right with me.”

People commented on her post saying it did seem a bit petty.

– “She is probably being a bit of a whinger (food looks good, maybe another nugget would be good) but I also think the manager/owner looks bad by engaging in the argument – sure, defend yourself but it went on a bit too much. I suspect fault on both sides here & neither of them handled themselves well.”

– “This woman is sounding like a spoilt brat & I’m with you, why splash it all over Instagram slamming a small business. Seems to be attention seeking.”

” I gotta say the chip/nugget ratio looks a bit sketch. But that said, a rant probably not the way to go, it’s not the Ritz. Vote with your feet and warn your mates. First prize, a polite private message/suggestion to owner.”

– “Honestly it is more than enough food for a young child and being in Balmain the rent alone would be huge yet its cheaper than any kids meals I have bought my son lately. She should have let it go.”

– “It’s a kids meal ! How much food does a child need ? That’s more than enough and to be fair instead of a processed chicken nugget they have given hand crumbed chicken.”