Article Mum defends her choice to raise a “paleo baby” 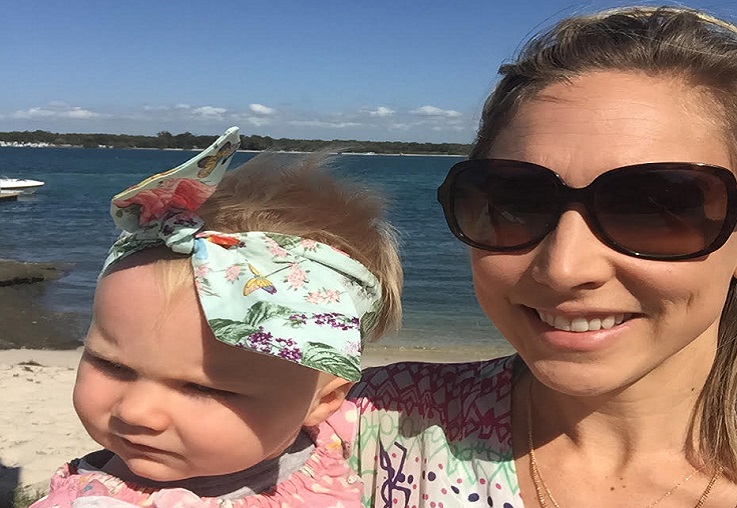 Meet baby Grace, who has been on the Paleo diet since birth. Her mum Shan is speaking out against the backlash of her lifestyle choices.

Shan Cooper blogs at My Food Religion and recently spoke to The Daily Mail about her “paleo baby”. What she didn’t expect was the “scandal” it caused.

Her 13 month old daughter, Grace has ‘never had a carb before’, only eats meat, vegetables, nuts and fruits –foods that a ‘caveman might eat’.

Shan told The Daily Mail “It’s certainly not because I’m shielding her from any of that stuff. I absolutely think a nutrient dense diet is giving her a strong immune system.”

“(What she eats now) is not weird, not anything strange, that normal people wouldn’t eat. She loves it,” she said.

“I don’t feed her toast or cereal or anything like that. Again I think, ‘Sure that stuff is not going to kill her,’ said Shan, “If she eats a piece of bread I’m not going to have a conniption.”

“I’m never going to go to Grace, ‘You can’t eat anything at this party – but I packed you some kale, here you go’.”

‘She’ll be old enough to know she can choose whatever she wants to eat.

‘And next time instead of eating 12 cupcakes she might only eat three.’

‘I don’t want there to be any disordered eating around food.

‘Females particularly have enough problems with eating disorders … I want Grace to eat what makes her feel good.

‘That’s the reason I eat this way. I don’t think eating a piece of bread is going to kill me.

‘When I go out with dinner with friends.. .I’m just going to eat what’s on the menu. I’m not going to be a jerk about it.

‘(Why) eating real food is such a scandalous topic is just bizarre,’ she said, asking why people take their children to McDonalds for dinner are not being given the same advice.

‘If you want to feed your kid one of the most nutrient-void pieces of crap ever, knock your socks off.

‘I’m not going to internet troll you.

‘You do the right thing you think for (your) kid.

‘Why people think it’s offensive to eat a plate of vegetables (over) a piece of bread – that’s bizarre.’

I think she has made some good choices. There is certainly nothing wrong with it, and like she said she is not going to go all crazy if her daughter does eat bread or cake. She certainly got people talking though.

“Well what a goddamn scandal. Who knew that NOT eating processed cr@p every day would upset so many people!? Well, actually, I did because people get upset at things that challenge what they think they know and things that might make them question their own choices.  People also become VERY brave on the other side of their computer screen…. Even when they haven’t even bothered to READ the article in question. As Ms Swift aptly sings,”And the haters gonna hate, hate, hate, hate, hate”.

How dare I deprive my child of what is basically kindergarden grade glue (flour & water…. Also known as bread) as a staple in her diet in place of whole foods!! Man, I’m a jerk. Grace might end up with ‘gluten-deficiency’….. Oh hold on, there’s no such thing. Now don’t get me wrong, what they left out of the article (OF COURSE) is that I am not going to have a melt-down if my kid shoves some bread down her gullet at some point, or eats a piece of cake at a kids party. If Grace  (and I) eat things on occasion that are less-than-ideal, so be it but those things will not be making up the majority of our diet. Do I think a bowl of pasta is going to cause her or I major health problems? Hell no, BUT, what I do think, is that if she’s chowing down on on a big bowl of pasta, she’s not chowing down on a big bowl of veggies and they win in the nutritional stakes. Every. Single. Time.”

Image via My Food Religion.