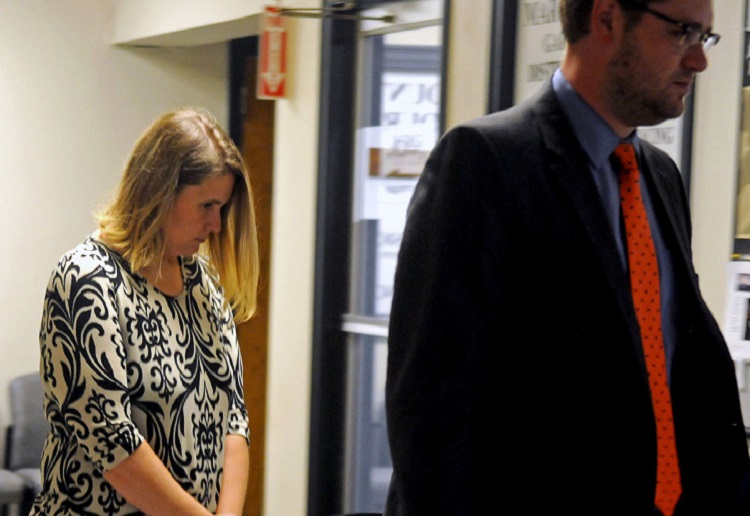 A 32-year-old woman faces charges accused of lying about her daughter’s battle with cancer.

Pastor Seibel said he was afraid Ms Good was using her 4-year-old daughter, identified as KG in court documents, and her illness to obtain money from the church and church members, according to the affidavit. Pastor Seibel told Detective Bench this activity has gone on for about three years.

Pastor Seibel said Ms Good told the church her daughter had cancer, several seizures, is undergoing stem cell research and is on a waiting list for a heart transplant, according to the affidavit. The Pastor said he has seen Ms Good’s daughter and she does not act like a child who has gone through chemotherapy and the girl has never lost her hair.

The Pastor told the detective the church has given Ms Good more than $5,000 over the past several years, and he said the church gave the family the funds because Ms Good said they needed them for medical expenses and they were behind on mortgage payments, according to the affidavit.

He asked police to look into the situation because he felt there could be some abuse, according to the affidavit.

Detective Bench began an investigation into Ms Good, viewing multiple Facebook posts, posted by Ms Good, stating her daughter had been diagnosed with lymphoma, she had a tumour removed from her brain at an early age, and has numerous medical issues she was being seen for, according to the affidavit. Bench learned the 4 year old had been at OU Medical Centre in Oklahoma City and called to obtain the girl’s records.

Detestive Bench interviewed Ms Good at Enid Police Department, and Ms Good said her daughter did not have cancer, never had cancer, all the Facebook pages she posted were false, misleading and not true, according to the affidavit. Ms Good said all the information was posted by her and using her cell phone.

On July 20, Detective Randy Wilson spoke with Dr. Mary Stockett, with OU Children’s Hospital Child Abuse Paediatrics, according to an affidavit Wilson filed in the case. Stockett said she reviewed some of the records for Good’s daughter and “feels it may be some form of medical child abuse.”

Stockett reviewed some of Ms Good’s posts on Facebook and other medical records, finding most of Ms Good’s claims about her daughter’s health to be false. The report states there was no evidence of a surgery to remove a brain tumour from the girl, as was often reported in Ms Good’s posts and notes to doctors.

“There is no indication that she now has lymphoma or any form of cancer,” Stockett wrote, according to the affidavit.

Stockett noted the 4 year old has undergone therapy and evaluations that were unnecessary because of Good’s lies, according to the affidavit. There have not been numerous invasive procedures performed based on false information but “inappropriate medical care has occurred because of the false portrayal. Therefore, the actions of Jessica Good constitute medical child abuse,” according to the affidavit.