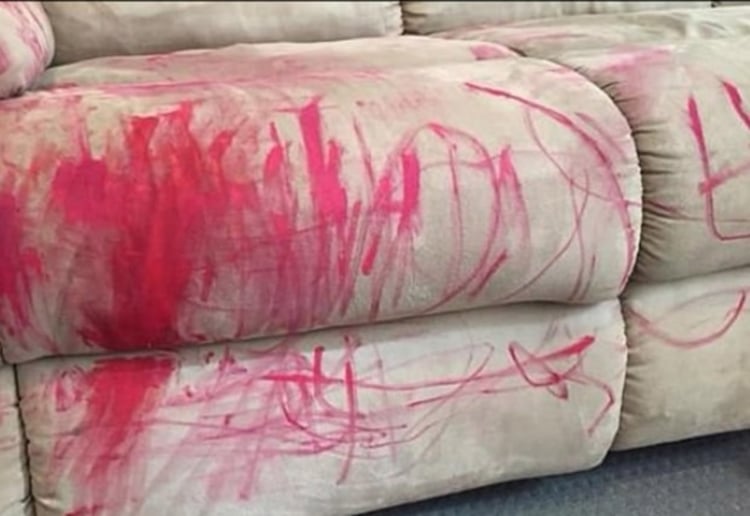 This mum discovered a clever hack and managed to save her couch after her cheeky son decorated it with bright red lipstick!

A Melbourne mum has shared her genius cleaning hack on Facebook after her son decided to decorate their couch with red lipstick. Jessica, a mum of two, said she became suspicious after leaving Louis unsupervised while she folded the washing. When she walked into the living room, she was shocked to discover that the three-year-old had decided to customise the furniture…

Jessica told news.com.au that she wouldn’t usually leave Louis on his own but decided to quickly sort the washing while he was happily playing with his toys.

“He’s a schemer, thinker, plotter, escape artist, creative genius and subtle sleuth,” she said. “Just as I thought to myself ‘he’s gone quiet’ he walks into the kitchen looking like a vampire that’s had a great feast.”

Jessica realised that Louis had opened her handbag and used her two favourite lipsticks to draw on everything from the couch to the walls and even the carpet.

“As I followed this trail of red, I was met with the horrific scene. A complete massacre,” she said.

As the couch is a light beige suede, the mum says she immediately assumed the worst and began desperately searching for stain removal tips online. In her search, Jessica stumbled across one hack that required some Morning Fresh dishwashing liquid and persistence and decided to give it a go. 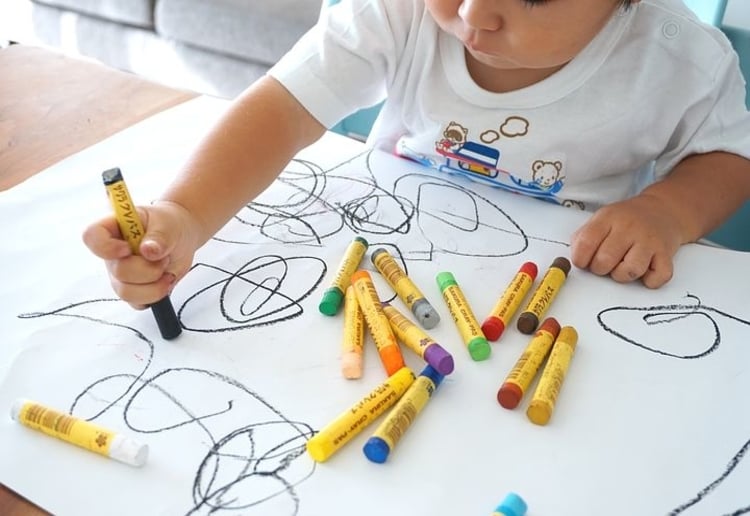 Jessica says she could not believe how well the hack worked.

“I rubbed it into the material with my fingers and it worked, I was so shocked!” she said. “It now looks like nothing ever happened. All evidence has been destroyed and everything is back to the way it was.”

We think mums everywhere will be singing Jessica’s praises for sharing this clever stain solution!

What’s the worst thing your toddler has scribbled on? Share your story in the comments!