Article Mum Forced To Water Down Formula To Cut Costs 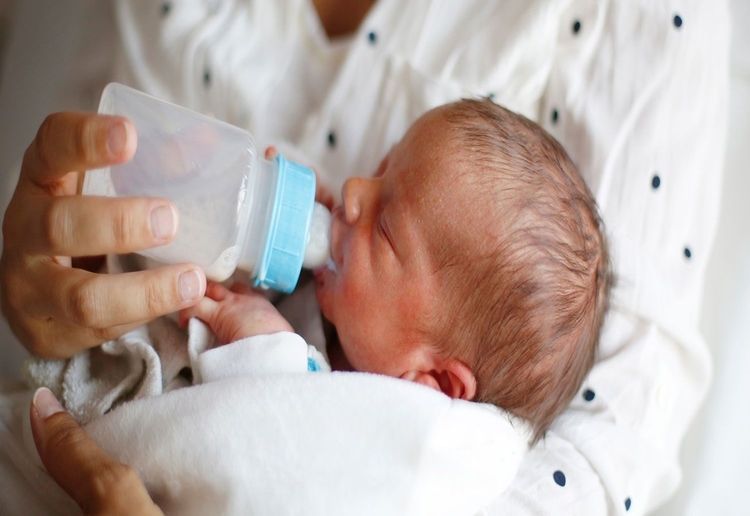 Sharing her story on Channel 4’s documentary Dispatches: The Great Formula Scandal, British mother Hayley has admitted that she waters down her baby’s formula to cut costs. Despite initially attempting to breastfeed, Hayley says she was forced to turn to formula but has been struggling to cope with the added expense.

Hayley says she often had to make the decision to sacrifice her own meals to be able to feed her daughters. “Some days I wouldn’t eat, I would let my girls eat,” she said. “It’s heartbreaking to see your baby cry because you can’t afford her milk. She was starving.” With a monthly household income of $1800, Hayley says that by the time she and her husband pay their bills, they are left with just under $200 to buy essentials, including formula. “I have to make it stretch, it’s horrendous,” she admitted, going on to say that she is forced to water it down. Experts warn that watering down formula could prevent babies from getting the right balance of nutrients that they need for healthy growth and development.

The documentary went on to uncover the misleading information provided by expensive formula brands when in fact there was no difference between their product and more affordable options. Professor Anthony Costello, former director of the World Health Organisation, said that the trend is concerning. “If you’re a company and you want to promote your products, you want to reach people who are most influential,” he said. “That will be paediatricians, it will be dietitians, it will be nurses, midwives…and that is extremely worrying.”

This mum’s story is so heartbreaking, but what makes it even more upsetting is that she isn’t alone.

Do you feel the financial strain of buying formula to feed your baby? Let us know in the comments.