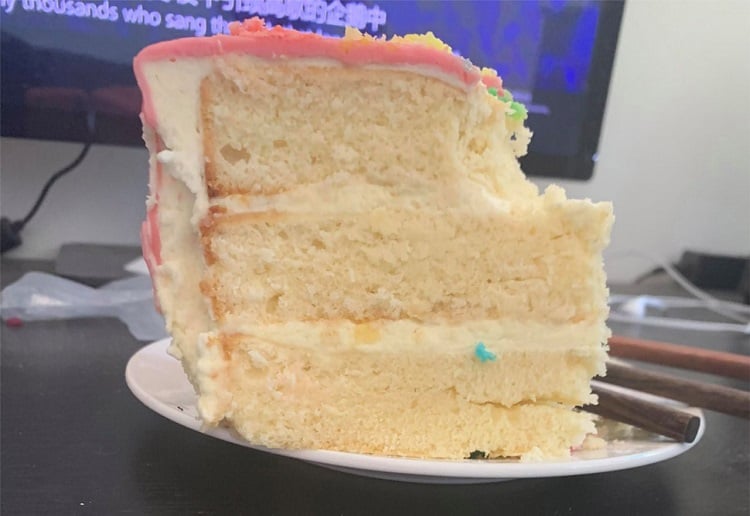 A Brisbane mum has been left horrified to find a piece of cake from Coles was still free from mould two months later.

Brittnee Rose raised concerns over the apparent level of preservatives added to the supermarket dessert, which she said was purchased to celebrate Mother’s Day with her family back in May.

She shared a picture of the Cake to the Coles Facebook page on Tuesday morning.

“I decided to clean my partner’s office and just found this Coles drip cake from Mothers Day!” she wrote.

“Gross I know! You’d think it would be mouldy… We didn’t like the taste and thought it tasted to much like preserver and now we know why”

Ms Rose said she bought the cake from the Coles in Upper Mt Gravatt on May 11 and placed it in the fridge until Mother’s Day, the following day. 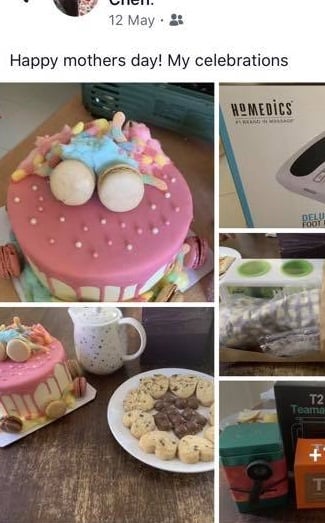 The Brisbane mum said nobody in her family of four children under the age of six, plus three adults, liked the taste of the cake.

“It tasted too much like preservatives,” she told Yahoo News Australia.

Her partner took his piece to his office to eat, but never ended up having it. Instead he left it to sit on his desk.

Her partner initially forgot about the cake until weeks later when he found it.

“He said it got to a point where he wondered if it would go mouldy so he just left it there,” she said.

The woman said she was cleaning out the room this week and “was utterly surprised” to find the cake was still mould-free, two months on. 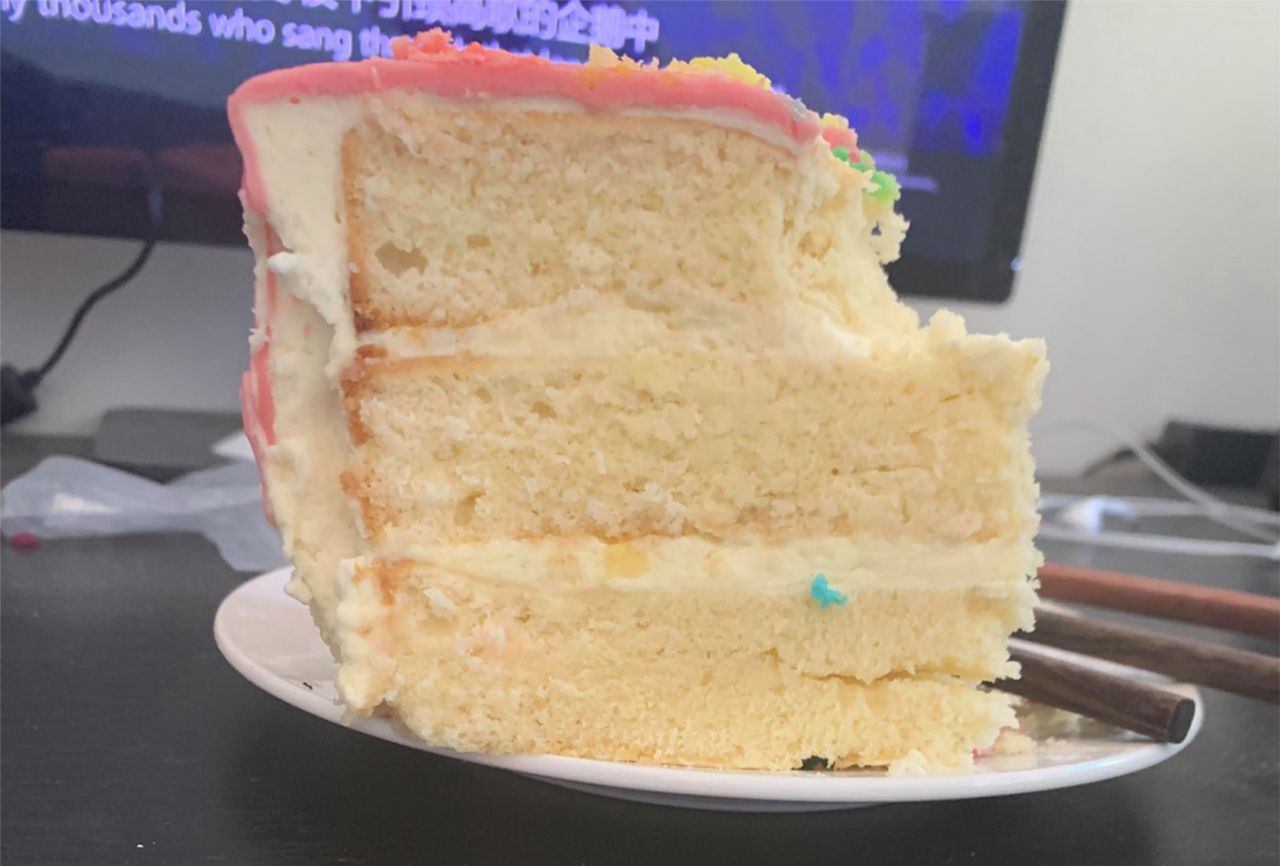 But Ms Rose said she was surprised by the supermarket giant’s apology for the taste, rather than addressing her concern about it appearing to be so highly preserved.

“I was more shocked at their response regarding taste over and lack of concern for a cake that should be green with mould after essentially two months in a room,” she told Yahoo News Australia. 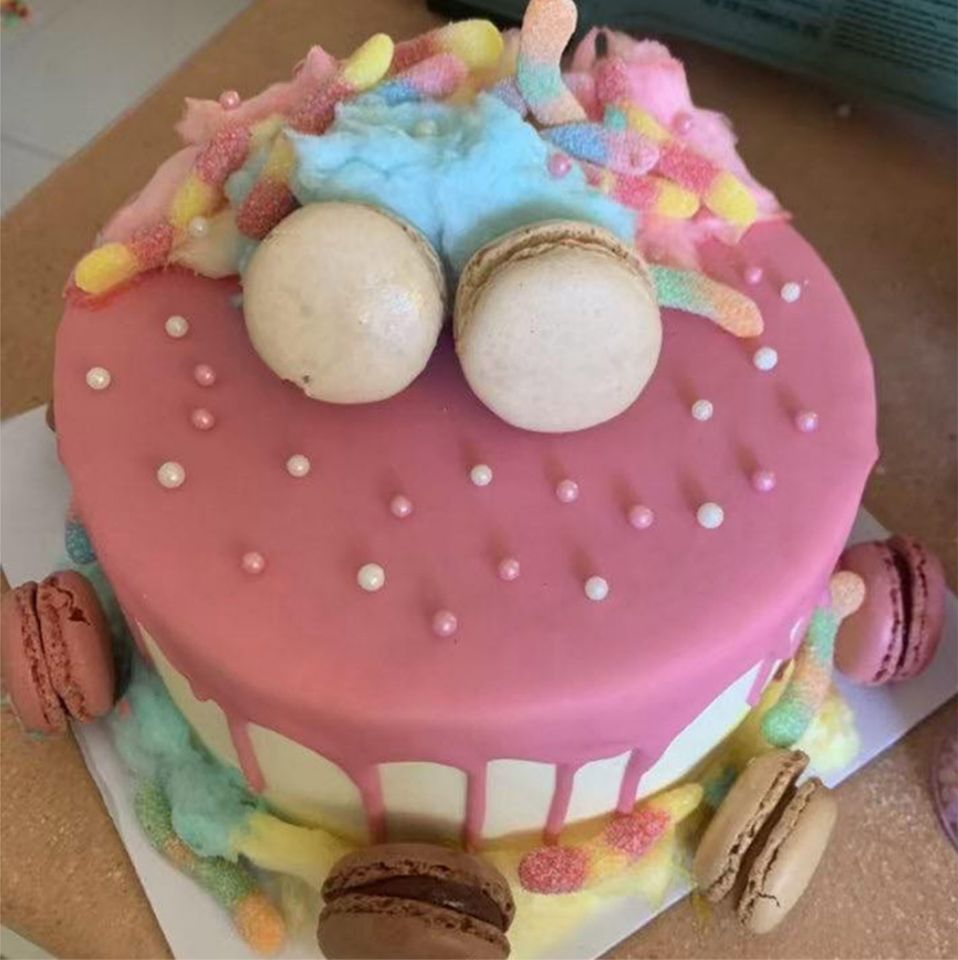 In a statement to Yahoo News Australia, Coles denied it packed its cakes with preservatives, claiming the drip cake contained only “a small amount of preservatives” in line with the Australia and New Zealand Food Standards Code.

“Mould requires air and moisture to grow and food left uncovered in an air-conditioned environment would dry out very quickly on the surface, creating a dry crust, which may prevent the occurrence of visible mould,” the supermarket stated.

”Our Coles Drip Cake, like all Coles Brand products, contains no artificial colours or flavours.”

Have you had a similar experience with store bought cakes? Share your comments below