Article Mum issues warning over the dangers of popular shoe 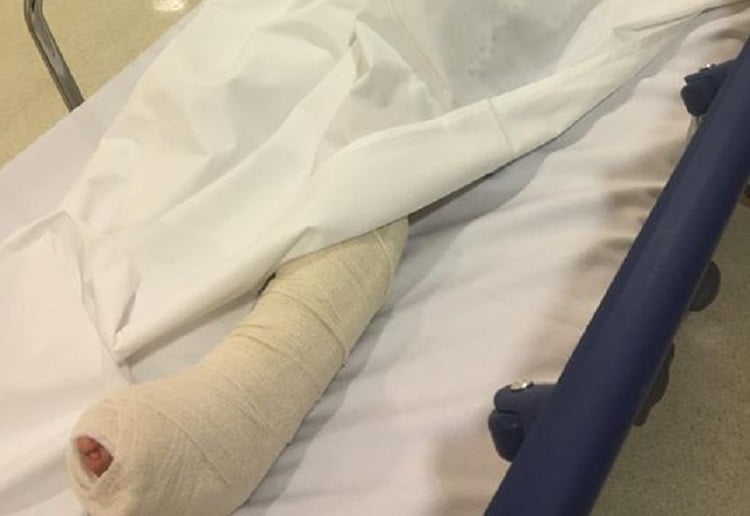 UK mum shares warning after her five-year-old son suffered horrific injuries when his shoes were caught in an escalator.

Helen Wood shared her story on Facebook to raise awareness and hopefully prevent another accident. Helen claims that popular children’s shoes Crocs were unsafe to be worn by kids.

“Child Crocs are dangerous and shouldn’t ever be worn on escalators”, she wrote.

“Our beautiful 5 year old son Stanley has sustained horrific and life changing injuries as a result of his Crocs being dragged into a moving escalator.

Stanley has lost his big toe and has extensive tissue and ligament damage to the underside of his foot. He will need multiple operations to reconstruct the remaining part of his foot.

We were not aware that these shoes were so susceptible to being dragged in to escalators, but since the accident has taken place, we have found online reports of child injuries dating back to 2007. 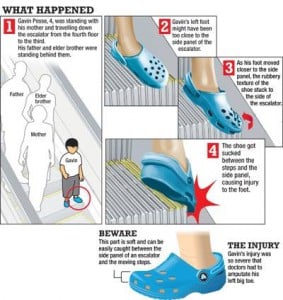 One day he was running and skipping, the next he was in an emergency ward with life changing injuries. We are shocked and heartbroken that this has happened and angry that it has happened so many times before.

We were not aware of the dangers as it has not been widely publicised and now we think it needs to be something that is more commonly known.

Child Crocs and similar style shoes are potentially lethal and letting your children wear them on escalators is putting them in real danger.”

The below video demonstrates using a dummy exactly what happened:

Other people have shared they saw similar things happen with thongs and even gumboots.  Always be careful with kids on escalators.