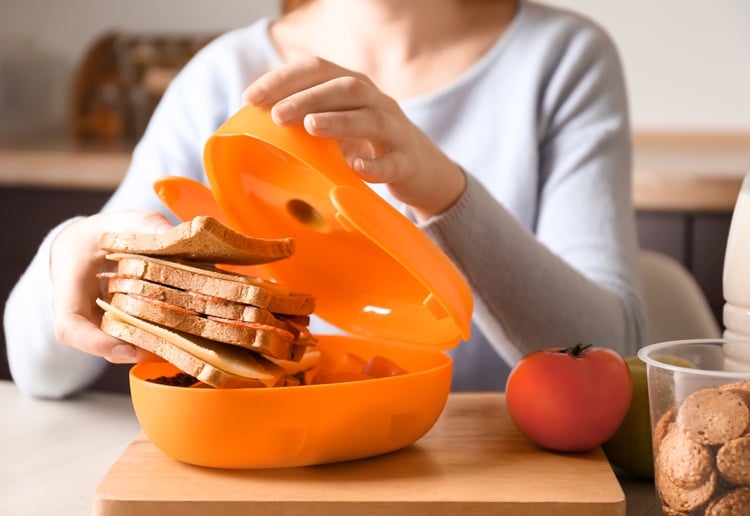 An Aussie mother has taken to Facebook to share the embarrassing story of sending her five-year-old daughter to school with a rather inappropriate lunchbox filler.

“EPIC lunchbox fail when you tell your five year old Preppie to put a frozen juice pouch in her lunchbox and you forget the other pouches in your freezer!” she wrote in a post that’s now gone viral.

It wasn’t until she’d received a phone call from the teacher that she even became aware of the mix up.  Her young daughter had headed off to school with a raspberry flavoured vodka sorbet.

“It made for a veeeery interesting phone call from the teacher!” she said.

“They were very good about it. I made light of it (it was obviously innocent on my daughter’s behalf). I apologised for not sending enough for the teachers and they just laughed thankfully.” 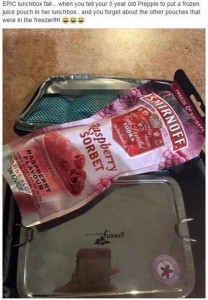 I think we have all been there, right?  In one way or another these little mistakes are a good reminder that we are all only human.

Have you got a similar embarrassing story to tell. We would love to hear it!