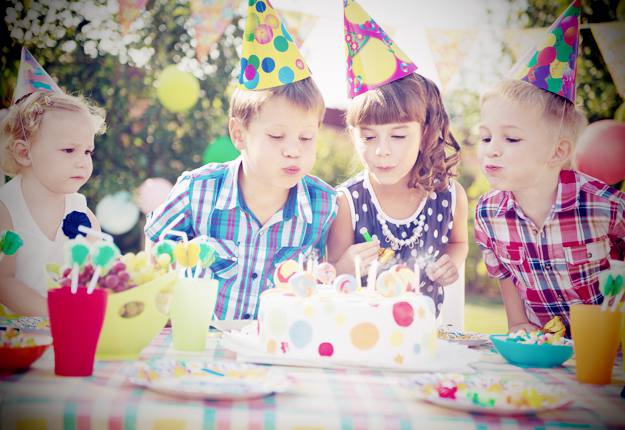 Mum shocked when a party bag made for her daughter’s 11th birthday was rejected by another mother and returned with a note.

She turned to the parenting forum Mumsnet to share how she was ‘fuming’ after the awkward encounter left her daughter completely embarrassed.

Her daughter was having a sleepover with four of her friends, so mum bought some gift bags to put together some party favours for the guests.

“I bought some gift bags and made up bags including some pens, a notepad with each of the girls’ initials, a little nail varnish set each, a book, a pair of novelty socks, some sweets and a piece of birthday cake,” the mum wrote. 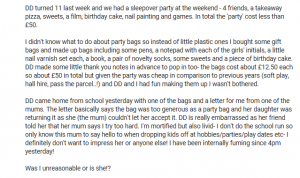 All up the bags cost less than $20 each. However, after the party, one of the girl’s returned her bag along with a letter. Her mum had said they were ‘too generous’ and she ‘couldn’t accept it’.

Her daughter was really embarrassed “as her friend told her that her mum says I try too hard.”

“I’m mortified but also livid … I definitely don’t want to impress her or anyone else,” she wrote.

“That is so unbelievably rude of her. My jaw just literally dropped,” one person commented.

“How thoroughly obnoxious of the woman and what a shame for the daughter,” another said.

“You have no reason to be mortified,” was one response. “You have been nothing but kind, fun, thoughtful and generous.”

“Not everyone gets the same party – my daughter has just turned 11 and some of her friends have done no gift bags, some more splashy than others. I wouldn’t bat an eyelid either way!”

“I’d send them back with a note saying “I’m sorry you thought this was over the top but it was a gift and it seems a shame and rather over the top to deprive your DC of the pleasure it might give her. We had such fun making them, too. ”

Would you be mortified?