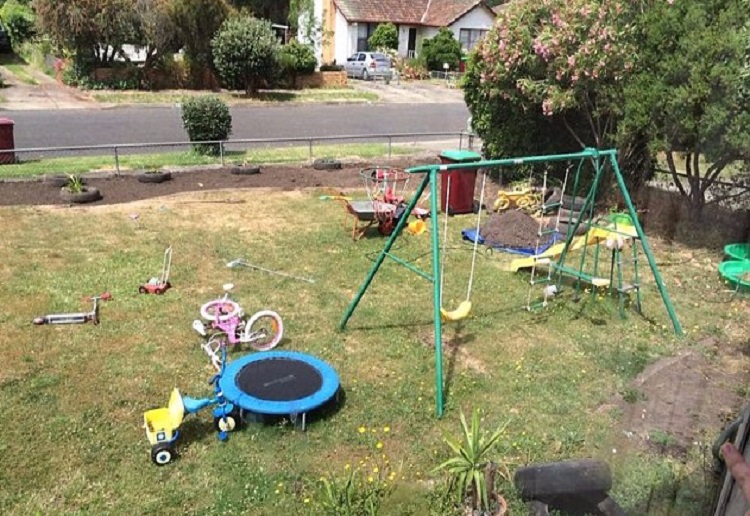 Family condemned over their front yard in an angry letter written by an anonymous neighbour.

Ebony Ackroyd’s, from the Victorian suburb of Hamilton, has been warned to ‘shape up or ship out’.

An enraged neighbour, and obviously a gardening enthusiast, took pen to paper to admonish Ms Ackroyd and her family, who originally thought the letter was a Christmas card.

“Walk all over Hamilton and your front yard is the worst, a disgrace to both you and your husband,’ the letter reads.

‘People say they have never seen your husband doing any work, no excuse.’

The letter’s author then refers to another neighbour, an elderly lady who keeps her front gardened maintained ‘with little effort’.

“Throw those old tyres out. Look, all you need is six shrubs along the front, keep them watered and all weeds out.’ the green thumb advises.

‘If you and your husband can afford fancy haircuts, then you can damn well afford six shrubs.’

Ms Ackroyd is finally told to ‘shape up or ship out’ by the anonymous neighbour.

Ms Ackroyd says she isn’t letting the critical note get her down.

‘My mum had the idea of getting six cardboard cut out shrubs and sticking them in the garden,’ she told the ABC.

Ebony received the letter in mid December and has been working really hard on her garden both before and after she received the note. 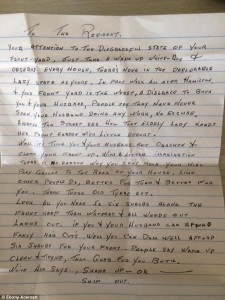 Seriously. Some people have nothing better to do than try to make others lives miserable.