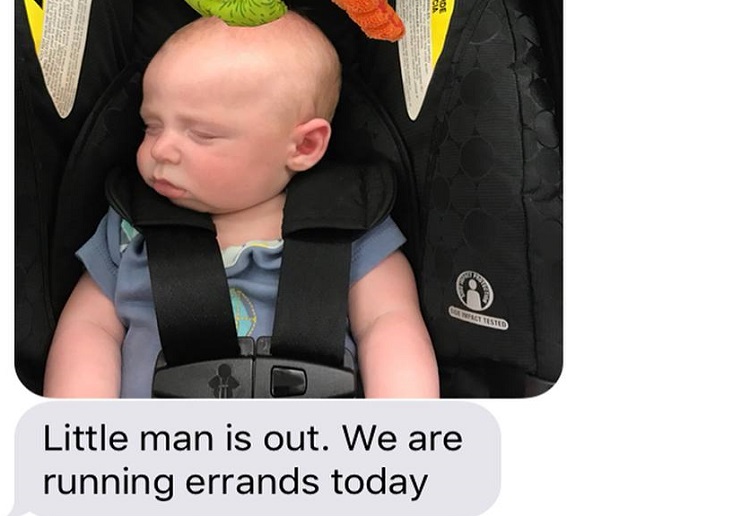 One mum shares how her ‘nagging’ potentially prevented a devastating injury to her little boy after a car crash left their vehicle a total wreck.

Rebecca Tafaro Boyer, from Memphis, shared on Facebook how her husband and baby son, William, were driving home from the pharmacy when they were involved in a crash as another driver tried to make a quick left turn.

Rebecca shared how she had earlier messaged her husband warning him the harness on William was too loose after he’d sent her an image of their baby boy sleeping in the his car seat.

“My nagging wife reply was to correct William’s position in the car seat — the straps were too loose and the chest clip was way too low,” she shared on Facebook.
“And because I know my husband, I’m sure that he laughed at me and rolled his eyes before tightening the car seat and fixing the chest clip.”

Thankfully little William was so tightly restrained he failed to even wake up from his afternoon nap during the accident.

“I am so thankful that my husband took the extra one minute that was necessary to put William in his car seat safely. I can’t even begin to imagine how different the outcome could have been,” she said.

“I truly believe that the reason my family is at home sitting on the couch with a pair of crutches instead of down at the hospital is because of my annoying nagging mom voice.”

She is now warning other families that all children under the age of two must be in the seat rear facing with a tightly fitted five point harness.

Her warning has attracted over 32,000 shares.

Previously we have shared a Mum’s warning after the car seat leaves her toddler internally decapitated. Read her story HERE.