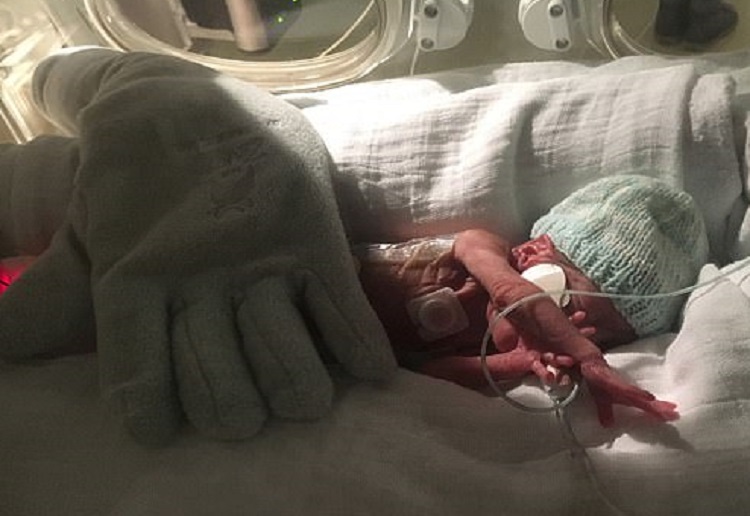 Born just one week before the legal abortion limit of 24 weeks this tiny baby is believed to be one of Britain’s youngest ever premature children to survive.

‘I didn’t connect to him for about 10 days after he arrived, though. He was just so, so small. I thought he looked like an alien or a baby bird.’

His mother Hoda, 36, recalled: ‘A doctor told me, “He’s a fighter – all premature babies are”. It was true. He fought every day.

‘Doctors said only one in six babies survived the night at his age,’ Hoda explained. ‘Even the one that lived only had a 50 per cent chance of surviving any further.’

Mum shares how she delivered her own premmie baby in the front seat of the car!

Defying all odds, Flynn not only lived, he flourished – becoming a lively toddler, who now runs rings around his doting parents and has not experienced any developmental delays.

Although Hoda found it hard to bond with Flynn at first, she gradually fell in love with him – especially when she was finally able to cuddle him at a week old.

Did you find it hard to bond with your new baby?