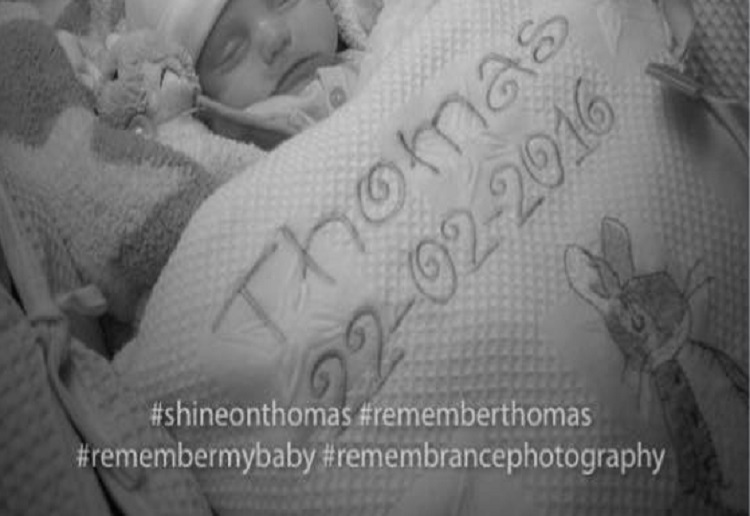 Mum left devastated after a photo of her son who died had been reported to Facebook as “offensive”.

Photographer Imelda Bell took the photo as part of her volunteer work for the charity Remember My Baby. She appealed to internet users to show support for the mother.

“[The mother] posted this photo of her beautiful sleeping angel on her timeline,” Bell wrote on Facebook.

“It shows the love that she feels for her son, Thomas, and is a beautiful moment (posted with her permission).”

“Someone has reported the image to Facebook as offensive and left her feeling devastated,” Bell continued.

“Please like and share the photo to show your support and let her know how beautiful her baby is. Thanks Remember My Baby.”

Savanna Green shares some further details on behalf of her sister clarifying the photo was originally only shared with family and friends, with one of them obviously reporting the image as offensive. Baby Thomas died at nine weeks old.