Article Mum Shocked at Cafes Response to Her Friendly Suggestion 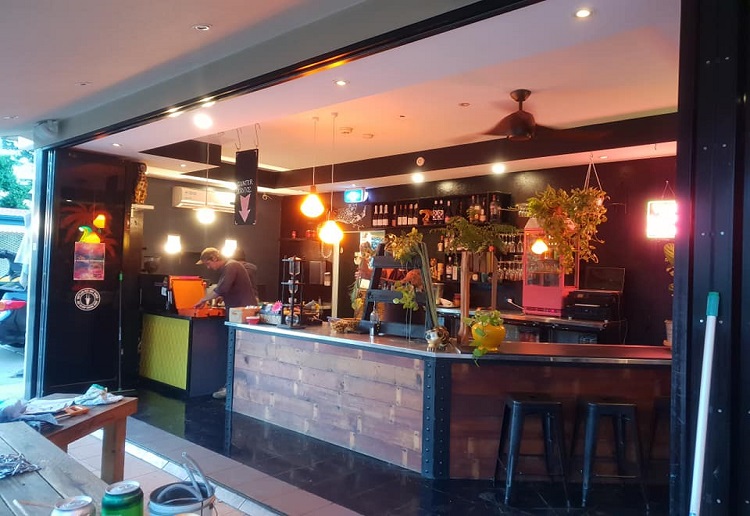 A Brisbane mum has claimed that she has suffered online bullying after posting a negative review of a cafe.

Kylie Lindsay claims she went to The Low Road Cafe at Windsor in city’s north earlier this week with her 15-month-old son but when she arrived there were no high chairs.

She initially left a review on the cafe’s Facebook page, which has now been deleted, The Courier-Mail reports.

It’s not clear what rating she gave the cafe but she reportedly wrote she was “very disappointed” the cafe didn’t have a high chair for her son.

Co-owner Naomi explained to Ms Lindsay people trip over high chairs and “cover them in crap” but she was welcome to bring her pram.

“We have plenty of regulars with kids and we love ‘em,” Naomi wrote.

Another review was written on Facebook by Ms Lindsay, in which she claims cafe staff suggested she was “irritating and entitled”. 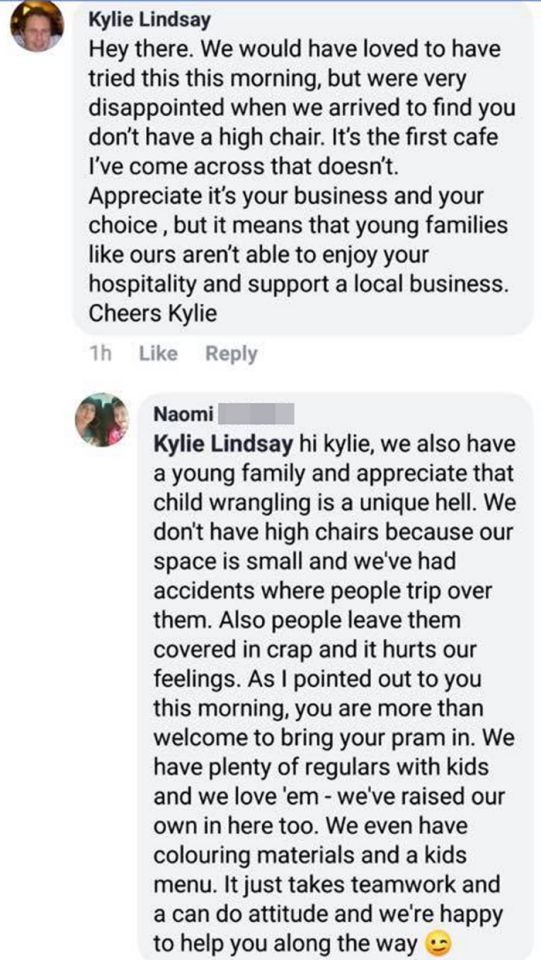 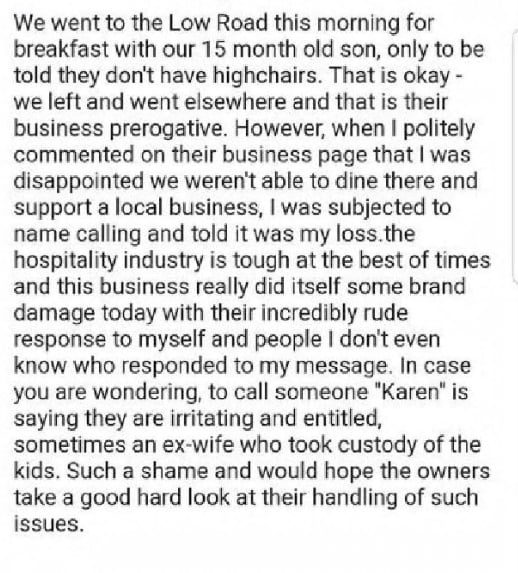 “Such a shame and would hope the owners take a good hard look at their handling of such issues,” she wrote on Google.

In a response to Ms Lindsay on Google, the cafe asked for her to “leave us alone”.

“You’ve been kicking off on all sorts of social media trying to discredit us because you didn’t get your way, and now you’re here. We don’t have high chairs. We explained why.

“We are parents ourselves. Please, for the love of God have a glass of wine and pop some kind of nurturing essential oil in your diffuser and leave us alone.”

Ms Lindsay has claimed she suffered online bullying as a result of her reviews.

“I only shared it as an FYI to mums as I’d not come across a cafe … that didn’t have a high chair,” she said.

“Until they called me (names) and told me it was my loss.”

“It’s feedback given to a business and [people online have] chosen to make it personal and it’s bullying,” she told The Courier-Mail.

“I thought I was incredibly polite with a suggestion or some feedback, including saying I would like to support a local business, but then I was attacked unmercifully,” she said.

“They called me a racist and an arsehole.

“They went to town on me and even complete strangers who dared to stick up for me.”

“We won’t be talking to any more media about it as we’d be more than happy to move on with our lives and get back to doing what we do best (as soon as we figure out what that is),” Low Road Cafe wrote.

The Low Road Cafe’s owners told Yahoo News Australia they are not commenting any further on the matter.

Did the mum go too far?