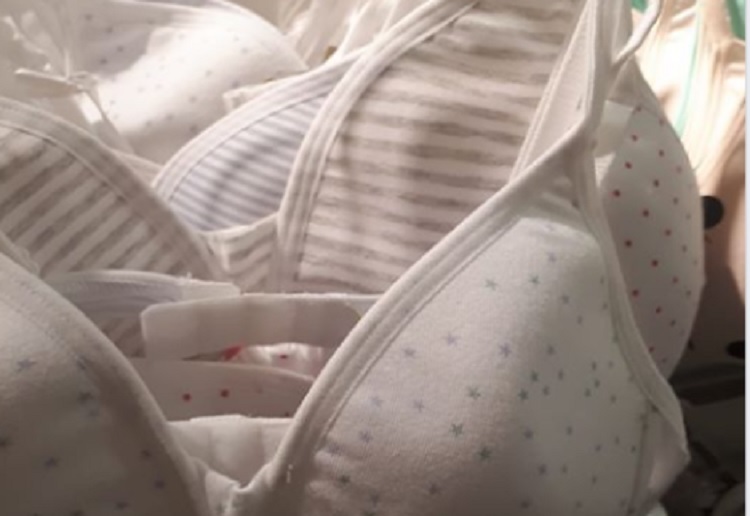 A mother has slammed a major retail chain after spotting padded bras on the racks, catering for girls as young as nine.

“Shame on you Marks and Spencer for selling padded bras to children,” Laura Milatos wrote on Facebook, taking aim at the UK retailer.

The mum-of-two argued that selling such items could encourage young girls to think having a flatter chest isn’t ok. 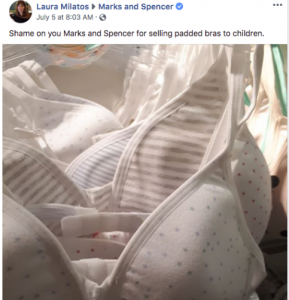 “I was just browsing the children’s clothes section before coming across the bras … I don’t want to give my daughter the idea that bigger boobs are better,” she said, according to The Telegraph.

“I want her to grow up knowing having a flatter chest is fine,” Laura continued.

“The fact it was placed in the middle of the children’s section just sends children the wrong message.”

“Hardly padded, there is a just a thin extra layer which provides better support to a developing bust,” one commenter wrote.

Laura responded, “If I put that on my daughter it would look like she’s got breasts, that is padding. These bras are with children’s clothes not teenage clothes,” she responded.

Marks and Spencer defended their decision to sell the bras, saying it is “normal practice”.

“There’s no fixed age when girls should start wearing a bra; what matters is that they’re able to access the right style to deliver comfort, support and modesty to a developing body,” a company spokesperson said.