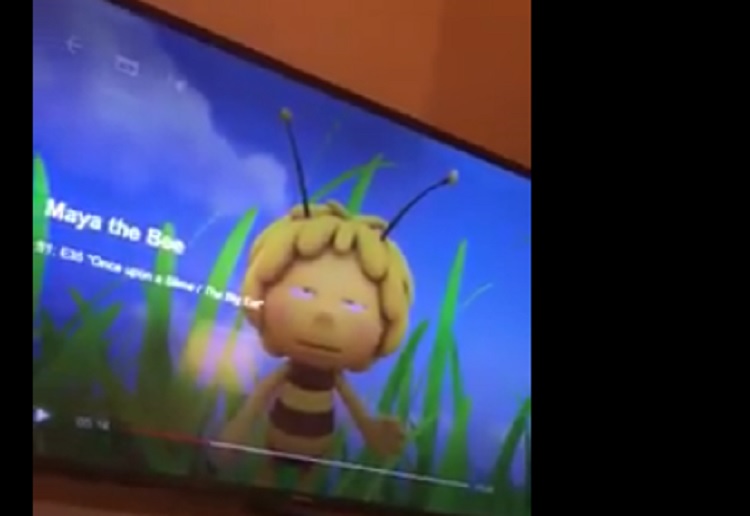 A children’s TV show airing on Netflix has come under fire as it appears to feature a very rude drawing in the background.

Chey Robinson shared a clip from the first series of the Netflix show Maya the Bee, which saw Maya fly into a log to hide, after spotting something amiss on the bark.

Chey was horrified to discover that the log featured what looked like a drawing of a penis, which she says ‘disgusted’ her.

The clip has since been viewed over a million times on Facebook, with fellow parents sharing in Chey’s shock at the inappropriate clip.

She said the scene she filmed was from the 35th episode of the first season of Maya The Bee, which is available on Netflix in the US, and has now been turned in a feature length film.

Chey said: ‘I wanted to do this video, I’m actually pretty disgusted at the moment. There was a post I saw on Facebook about an episode of Maya the Bee. Those of you who have kids that watch it I just really encourage you guys to be mindful and be careful of what your kids are watching

‘On the post on Facebook it was about something inappropriate on the show on a log so I have it paused so you can see what I’m talking about. It’s Maya the Bee season one episode 35. I’ve paused it just so you guys can see that i’m not lying or editing anything whatsoever, this is right on Netflix.’

Chey shared the video with the caption: ‘Disgusted!!! Please be mindful of what your kids are watching!!’

She filmed the relevant scene, and zoomed in to show what looks like a drawing of a penis.

‘I don’t know if they’re gonna do something about this or what but there’s no reasons why this should be in this show. So I’m just giving you guys a heads up just be careful what your kids are watching seriously be mindful and hope that helps.’ 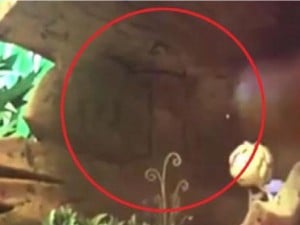 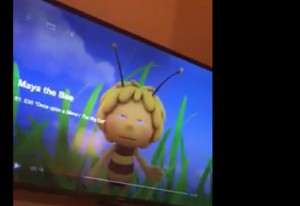 Her post (which has since been removed) has been shared over 12,000 times

What do you see in the image?