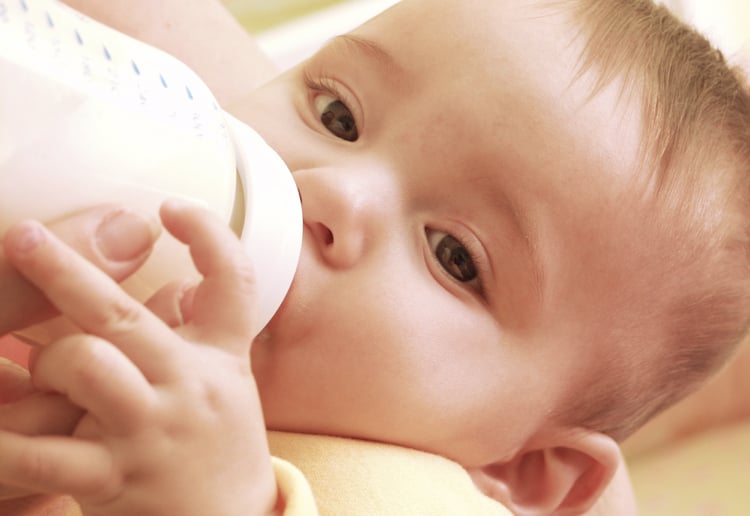 A mother is suing her nanny after she fed her baby formula instead of waking her to breastfeed the newborn infant.

Lynn Wojton preferred nursing her infant daughter, believing that was the best thing for her new baby.

Nanny, Marcia Chase-Marshall allegedly fed the baby formula while Ms Wojton slept because she was tired and didn’t want to assist the first-time mum with the longer process of breastfeeding, court papers allege.

The new mum breastfed her daughter on the first two nights after returning home with the child from Mount Sinai Hospital in September, according to Ms Wojton’s suit in Manhattan Supreme Court.

Ms Chase-Marshall slept in the same room as Baby Wilder and would wake up Ms Wojton, a registered nurse, whenever the baby needed milk, the suit says.

But after the caretaker didn’t wake up Ms Wojton on the third night, Ms Chase-Marshall allegedly ’fessed up to feeding the baby formula, papers claim.

“I cried for an hour, honestly.”

But she then admitted she gave the girl formula instead because it was less work and she wanted extra sleep, according to the suit.

“I have nothing to say,” Ms Chase-Marshall told The NY Post in a phone call before hanging up.

Ms Wojton, who paid the doula $4,200, says Ms Chase-Marshall bolted after the confrontation.

She said she had faced off with Ms Chase-Marshall on everything from changing baby Wilder’s diapers to bathing the baby.

“If I didn’t change the diaper the way she thought was best, she would criticize me the whole time,” Ms Wojton said. “It makes you second-guess yourself. You’re a new mother and this is all very new.”

“Lynn obviously didn’t want to cross a stranger who had direct access to her baby, to her home and belongings at such an important and potentially volatile time,” said her lawyer Brett Gallaway.

“I’m in a good place now, but I still get upset,” Ms Wojton said.