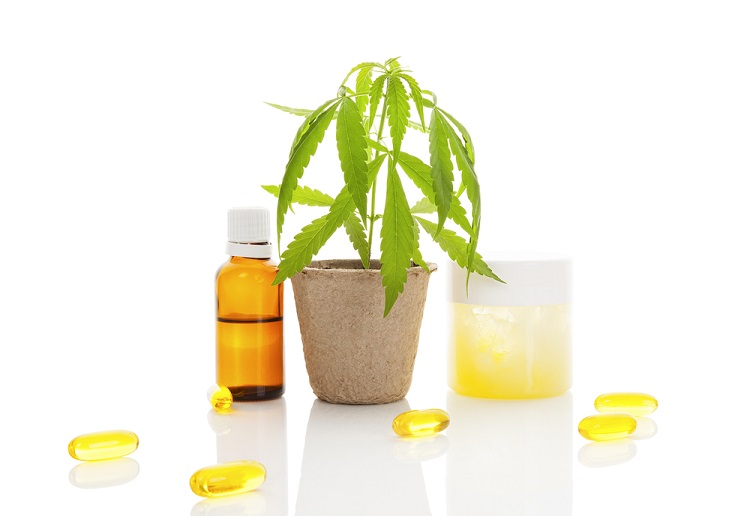 Mum claims cannabis gives her more energy to play with her eight-year-old son.

Lorena Longstaff, 31, suffers from Crohn’s disease and painful endometriosis and believes the Class B drug helps to ease her crippling symptoms, reports The Sun.

The mum, of one, who lives in Canada, is calling for the UK government to make cannabis legal for people suffering debilitating illnesses.

Lorena, married to Andrew, 31, for eight years, explained: “I understand why people are scared.

“I was very anti-drugs and thought people who smoked cannabis were ‘dope heads’. But after eight years of being in extreme pain and some days being unable to get out of bed, cannabis has helped me get my life back.

“Now I smoke it and vape it too. I have more energy than ever before.

“When I used to take my son to the park I would have to sit on the bench and watch him. Now I run around with him and take him swimming.

“I have it with my breakfast in the morning and it makes me feel amazing.”

Lorena said she was often left bed bound as a result of the agony, adding: “I cried most days in pain and frustration because I couldn’t sit on the floor and play with my son or take him to the park.

“I started taking steroids but they made me feel worse, giving me awful mood swings.

“So I stopped taking them and started to look into alternative medicine.”

Lorena read about the benefits of taking cannabis as a form of pain relief and she discovered it was legal to get it on prescription where she lived in Alberta, Canada.

She said: “I read all these stories about how Cannabis had transformed people’s lives and I wanted to try it.

“If it was going to help me be able to play with my son, I was willing to give it a go.

“I was very wary too as I’d always been anti-drugs and rarely even drunk alcohol.

She explained: “I syringed a drop into my mouth and in just 45 minutes I noticed my stomach cramps had disappeared.

“It was amazing. I started taking three doses a day.”

Lorena also started smoking the marijuana if her symptoms were particularly bad as it got into her system quicker.

She recalled: “I learnt to roll my own joints and smoking it made me feel instantly more relaxed.

“But I made sure I didn’t smoke too much in case I felt drowsy or stoned.

“Within a month I was walking Jordan to school rather than driving and feeling better than I had in years.”

Lorena is always careful to keep the drug out of her son’s reach.

She said: “When he saw the packet after it came in the post one morning I told him it was medicine for mummy and he wasn’t to touch it.

“I never use it when he’s around. I don’t want him to get the idea it’s okay to take drugs.

“Now I’ll have some cannabis with my breakfast once I’ve dropped Jordan at school and some mid-morning.

“I’ll have my final dose when Jordan’s in bed.”

“I feel like I have a new lease of life thanks to cannabis and I think the UK Government needs to realise it helps people and they need to rethink their laws.”

In Australia, Victoria is the first state to make medicinal cannabis available to people in exceptional circumstances, with children as a special focus.

Children with severe epilepsy will be given first access to medicinal cannabis from early 2017, following the passing of historic legislation in the Victorian parliament.

Earlier this year a Brisbane father pleaded guilty to supplying cannabis oil to his 2-year-old daughter while she was battling potentially terminal cancer.

The man had the oil shipped from California after reading about the benefits on the internet and told the mother he gave it to the child four times a day.

Former Hi-5 star, Tim Harding, prays cannabis will save his toddler’s life. His daughter, Arielle, was diagnosed with epilepsy at 15mths old, and suffers between 50 to 100 seizures every day.