Article Mum warned to tone down her daughter’s purple gravesite 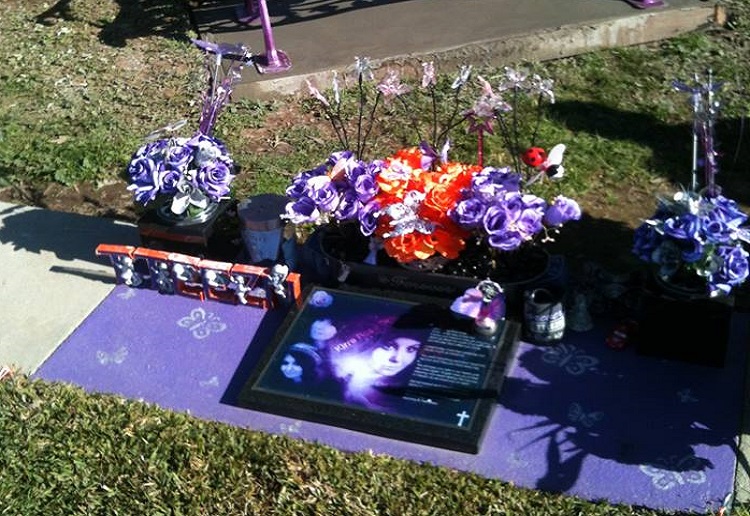 A mother has revealed her heartbreak after being told to tone down her daughter’s colourful gravesite.

Kirra Rose Sim was just 19 years old when she tragically died in a car accident on Father’s Day in 2012.

Since then, her mother has visited her final resting place at the Bendigo Cemetery, in central Victoria, almost every day.

Her family have added mementos, flowers and installed a seat for public use – all painted her favourite colour purple and decorated with butterflies.

But Ms Sim recently received a letter claiming the vibrant gravesite had been the subject of numerous complaints and that it was in breach of policy guidelines, reports Daily Mail.

She has been given 21 days to take them down or face further action.

Kirra’s brother, Trent Sim, has since started a petition begging the cemetery to leave his sister’s gravesite alone. Over 1600 people have already signed it.

‘Kirra’s grave is a place for us all to go and be close to her, a place that we keep in the best possible condition and is a reflection of her,’ he said.

‘Mum visits almost daily and always makes sure that everything is neat, tidy and clean.

Mr Sim said the grave was being unfairly ‘singled out’ because it was ‘a little brighter than most’.

Remembrance Parks Central Victoria boss Graham Fountain told The Age the only issue he had was with the concrete colour of her grave.

‘Every grave and every funeral we have at the cemetery is a tragedy for the family,’ he told the publication.

Mr Fountain said he couldn’t possibly let everyone paint their grave’s a different colour because it was not ‘conducive of the appearance that people expect.’

‘There are other ways to recognise someone’s favourite colours. We just ask the community to work with us so it’s a win-win for everyone and complies with our safety guidelines,’ he said.

You can find details to support the family below.