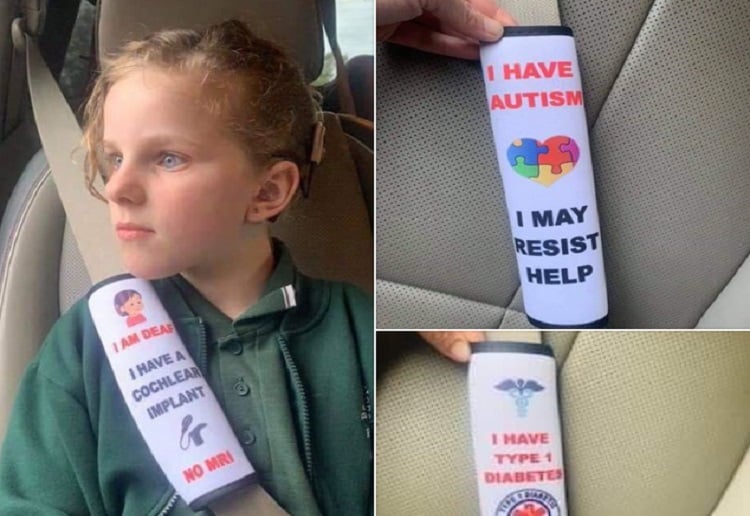 A simple idea from a mother concerned about her child’s safety has become an overnight success.

Victorian mother of five, Natalie Bell, posted photos online of a seatbelt cover she made showing her daughter’s medical information in the event of a crash.

The post went viral and within days, she had thousands of orders for the covers from around the world.

The covers, which are made with Velcro so they can be fastened to seatbelts or a school bag, have bright-coloured text so they are easily seen.

Ms Bell said she made her first cover last week because she was concerned about what might happen if her daughter was in an accident and medical staff did not know she was unable to have an MRI because she had a cochlear implant.

“It’s a safety thing … because anyone can be a first responder at the scene of an accident,” she said.

“So having the details and they’re clear, they’re noticeable, it’s the first thing you’ll see when you open up that car door.”

She now has requests for the seatbelt covers in different languages, but at this stage is only making them in English.