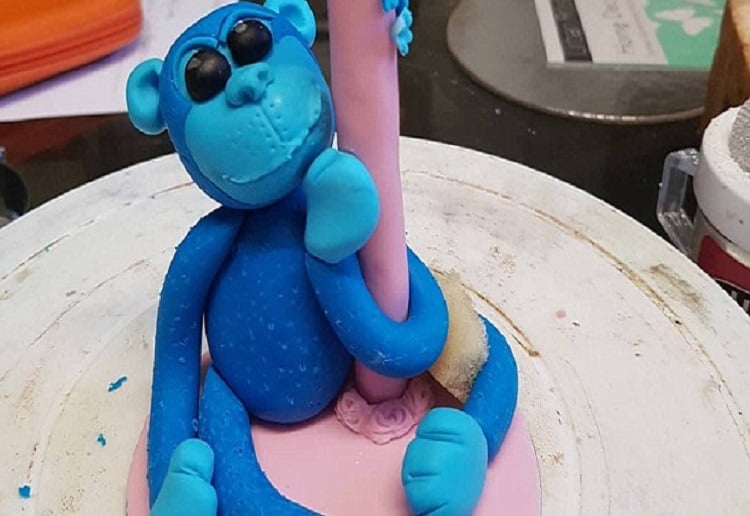 Mum-of-two pleads for help to save her daughter’s first birthday cake.

The mum shared a photo of the monkey cake she had made locally to social media, with the caption: ‘Please be kind’.

‘I had this monkey made for my daughter’s cake for her first birthday,’ she wrote.

‘It looks like her monkey except people keep telling me how rude he looks in various ways.’

‘I’ve been told he looks like a stoned monkey with his willy out!,’ she added.

The image she has shared shows a blue monkey sitting atop a pink base holding a rather oddly shaped number one that’s been decorated with blue flowers, shares Daily Mail. 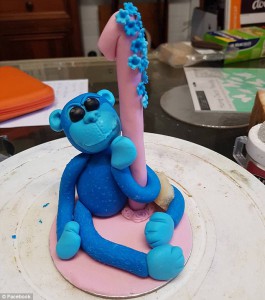 ‘I can deal with friends and family over Facebook being rude but not with family when I present the cake!,’ she said.

‘Tonight is dinner and I have to get dinner sorted today too with two under three running around so I’m short on time!

‘Is there anything I can do to save it?,’ she asked mothers on a Facebook group.

One person commented ” Tell “everyone” to get their head out of the gutter, a one-year-old isn’t going to notice anything but a cute monkey.”

Have to agree with that! I can’t see why people would have to be so rude about a little ones cake.

Have you had any disastrous birthday cakes? We would love to see them!