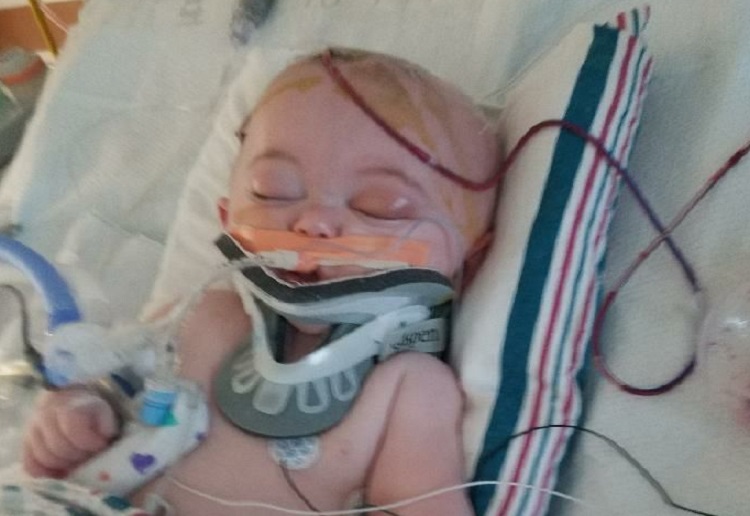 Parents share their heartbreak after their baby fell off a bed resulting in a brain bleed.

Paige Ferguson and Blake Linton were at a friend’s house with their six month old son Colton, when he fell asleep.

Paige and Blake laid Colton down in the middle of their friend’s queen-sized bed so that he could get some rest. Surrounding him with pillows, they sat down just outside the room so that they would still be close to him.

Something many parents have done in similar situations — but for Paige and Blake, Colton’s nap would have a frightening ending.

“We heard him hit the floor, and immediately start to cry,” recalls Paige, speaking with Babble. “Blake dropped everything and flew into the room to get him.”

With just a bump on his head, Paige admits to feeling a bit relieved that it hadn’t been worse.

“He was crying, which meant that he was alert, and after we calmed him down and he smiled at us, I really felt relieved,” says Paige.

They decided to take him to hospital just incase. Once they got to the hospital, Colton began to vomit, and a CT scan was performed to see what was going on inside of little Colton’s head.

Paige issued a plea on Facebook that has now been shared over 18K times.

Paige shared “I need Colton to be an advocate. I need people to realize the seriousness of a head injury. This started from him falling from a bed that is only 2ft off the ground. He had a bump on his head. A bump. He was crying, acting alert and at one point even smiled.

“Because we are paranoid parents, we decided to get him evaluated. We thought for sure they were going to say he hit his head, has a bump, and he will be fine.

“Not the case…He fractured his skull and bled half of his entire blood volume into his brain. I’m going to be blunt here…Colton may not live. Colton may live and never walk or talk, Colton may be fine, Colton may be delayed. Its up in the air right now and he is still fighting for his life because we are not out of the woods. This is a nightmare.

I don’t want other parents going through this…I don’t want any kid to go through this. Please take any hit to the head seriously. I can’t say this enough. My heart is broken. Our child is laying in front of us yet we miss him so terribly. I need you to hear me…get your kids checked out! Please. The old tale of “if the bump is outward you’re safe.” is NOT true.”

Thankfully Colton began to breathe on his own. He opened his eyes, and a week later, he went home after spending a month in the hospital; still fighting, but alive. He is fed through a feeding tube, takes multiple medications for seizures, and doctors have warned Colton’s parents that being so young, his brain will not be able to heal from the damage that has been done.

Paige’s message: “Please do not leave your baby on a bed unattended, no matter how safe you feel they are; not even for a split second,” says Paige. “And if your child sustains a bump to the head, be safe and get them evaluated. Demand a CT. Don’t listen to old wives’ tales that tell you if they will be fine or not; let the doctors do that. Colton cried, and even smiled, but he wasn’t fine.” 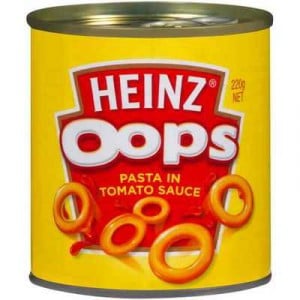 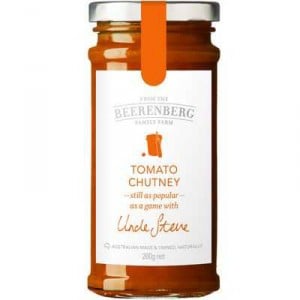