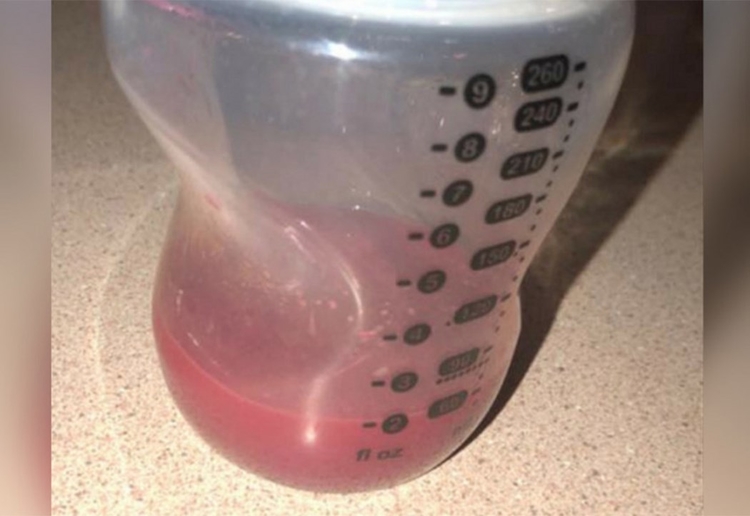 Sharing a photo to the Facebook group Breastfeeders in Australia, a concerned mum has revealed her horror after discovering her breast milk had turned pink. The mum says she was feeding her sixteen-month-old daughter when the little girl began to fuss and she noticed that the milk looked different.

After noticing that her milk was pink in colour, the mum expressed some into a bottle just to make sure which confirmed the unusual hue. Thinking about what she had eaten that day, the mum realised that there was a simple explanation. “Soooo I ate A LOT of beetroot today and this was the end result,” she shared alongside her post. “Safe to say I nearly had a heart attack until I realised!” The mum admitted she had consumed a beetroot juice, a salad and beetroot straight from the can, turning not only her breast milk but her and her daughter’s urine a brilliant shade of pink.

No Cause For Concern

The mum said that the milk not only looked different but also had a sweeter flavour than normal. The Australian Breastfeeding Association says that the milk is safe to drink, and has no negative impact on the child, but advises that any unexplained colour change be reported to a GP to rule out more serious conditions.

We’re pretty sure that this mum is just relieved that there is a simple and relatively harmless explanation!

Have you experienced a ‘colour change’ as a result of something you’ve eaten? Let us know in the comments!