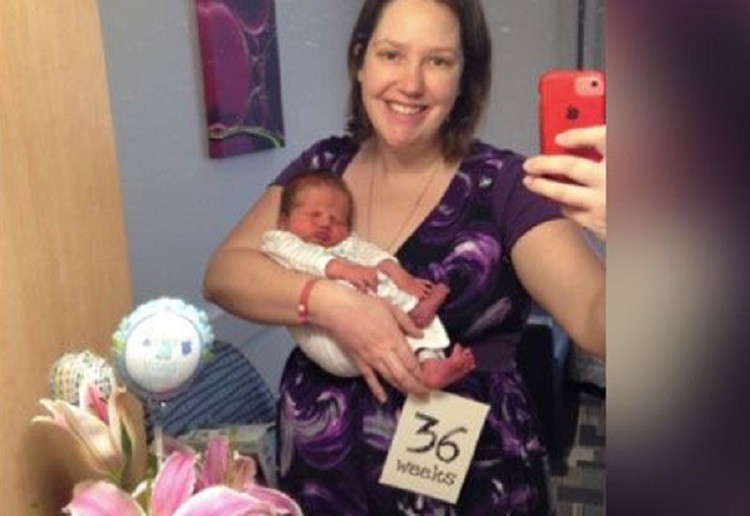 A mother has shared her experience of contracting listeria during pregnancy which resulted in her placenta “shutting down”.

Kimberley Booth, from Sydney, had a healthy pregnancy with her second child and followed all safety guidelines including avoiding “risky” foods including soft cheeses and thoroughly washing all of her vegetables.

But in June 2016, when she was 35 weeks pregnant, Mrs Booth said her unborn son stopped moving.

That afternoon Mrs Booth went to her midwife appointment and a scan confirmed baby Eli was unusually still.

“His heartbeat was fine. His blood flow was fine. But he wasn’t even lifting a pinky,” Mrs Booth told Yahoo7.

The obstetrician then came in and voiced his concern over the lack of movement. They decided to perform an emergency C-section to deliver baby Eli safely.

“I’m convinced that if we waited then we wouldn’t have our child,” Mrs Booth said.

“No one wanted to say how bad it could have been, but it was very obvious to me we came far too close.”

After the surgery, the obstetrician sent off the mother’s placenta for testing and she said it returned a positive result for listeria.

“My placenta got listeria and shut down to protect me. It shut [my son] down in doing so,” she said.

She had eaten rockmelon just 24 hours earlier and believes it may have been the source of the bacteria even though she knew the supplier had followed safe food handling.

Mrs Booth’s warning about listeria comes as Australians have been urged to throw out rockmelon after a listeria outbreak that has left two people in NSW dead.

Mrs Booth wants her experience to show warnings are in place for a reason and to not ignore a “mother’s instincts”.

A mother from Queensland also shared the heartbreaking moment she was told she’d contracted listeria and passed it to her unborn baby. Read more.

Pregnant women, the elderly and those immune compromised are being urged not to consume rockmelon after a recent outbreak of listeria. read more HERE.