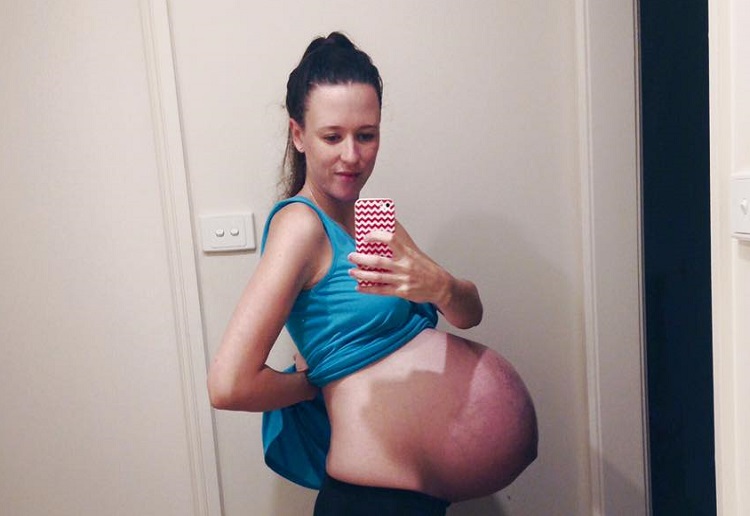 Megan Ireland, 25, a mother of two and a blogger at The Shutupmeg Blog has posted a warning on Facebook after her baby bump ended up on a “preggophilia” site.

She wrote – “That time my bump went viral in a not so good way.

I see so many people upload their bump pics and now I just gasp and hope to god they don’t get into the hands of someone they shouldn’t.

We shouldn’t have to worry about people stealing our photos, but unfortunately it happens ALL THE TIME!

Who was I to blame for this? People would say I should only blame myself for uploading “personal pictures” and that it was my own fault (even though my profile was then private). I see it differently. I didn’t care that someone had screen shot my photo to show someone, it’s was what they did with my photo/s that made me physically sick to my stomach.

WHYYY should we have to sit and worry about this when uploading a photo on our social media sites?

Please be cautious about who follows/adds you. Block them if they look like a creepy MF.

Moral of the story, I totes want another bubba and a big Ol’ belly like this again!”

A quick search tells us preggophilia.com is 5 years 1 month old, receives about 967 unique visitors per day and it has a global traffic rank of #233,295 in the world.