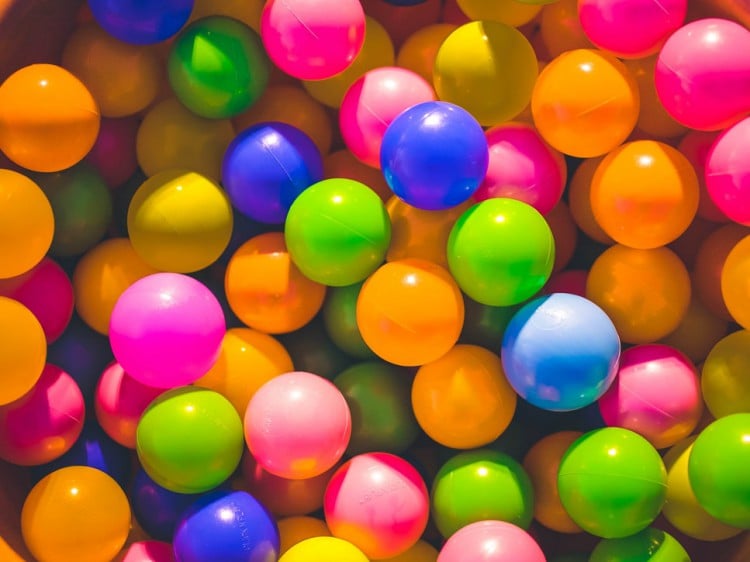 Mum shares an important message about the dangers of kids taking toys with them to the local play centre.

Sharing in the Mummy Madness Calm the Chaos Facebook group the mum shared her message to warn other parents of this seemingly innocent danger.

“Attention parents, the dangers of letting your little ones/ other kids take their own toys into the equipment!

“Today my MIL and I took my son and niece to a jungle gym and just before we left I went into this area to film them playing. Suddenly I got hit extremely hard on the side of my head and it knocked me down. Jax and I initially laughed that a ball hit me but then I realised it was way too hard for a foam ball.

“I then saw a small lightning McQueen car sitting beside me and realised a child had put their toy through the gun and it had shot through at quite fast speed and hit me!

“I then realised I had blood all over my hand and running down my face.”

The mum added that she was very thankful that it was not a deep gash and she was only left with a massive headache and an egg.

However realising how lucky she was she said she can not stop thinking about how bad it would have been, especially if it had hit her son or niece who were standing right next to her at the time.  OR if she had turned her head in that moment and it hit her in the eye!

The venue was extrememly apologetic, although as she said it was certainly not their fault.

She also wanted to warn parents to please be vigilant of these things and don’t allow your children to take their toys with them when heading to a play centre. 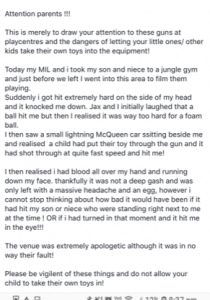 Have you ever had a similar experience?