Article Mums Who Take Out The Worst CR*P Housewife Award 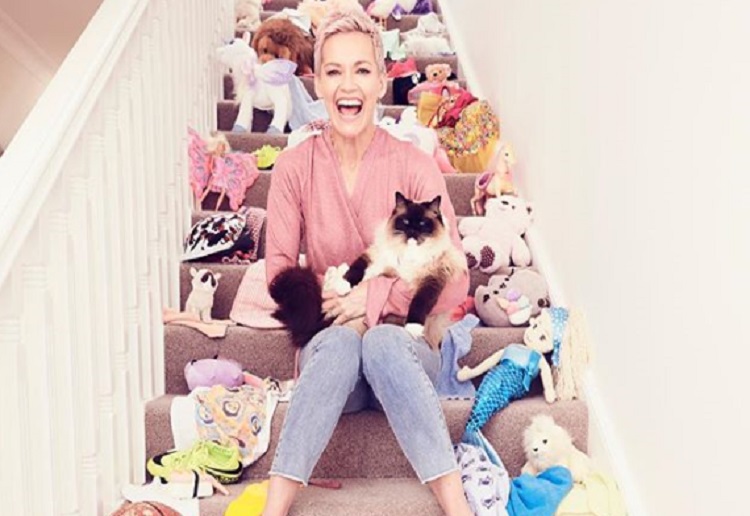 You think you’re a cr*p housewife! Some of these mums will have you in fits of laughter.

Check out some of the most hilarious CR*P housewife moments EVER!

– “My husband can’t believe how many pans I’ve ruined by letting the potatoes boil dry!”

– “One of my best #craphousewife moments is when I accidentally washed my DH’s white chefs jackets with a dark blue t-shirt. His uniforms ended up with a tie-dye type pattern on them!”

– “Baking in a springform tin, the base wasn’t firmly clipped in; the batter leaked. Removing the tin, the tea towel caught fire. A friend attacked the CAKE with a fire extinguisher. I had a flat, small cake which tasted of extinguisher foam, and a tea towel with holes in it.”

– “When I popped to the shops last night for bread and got home to find I left the bag of groceries at the shop!”

My heart has been full thanks to the love and laughs from all the fellow #craphousewives I’ve met on my book tour for ‘Diary of a Crap Housewife’. Thank YOU ???????? And if you haven’t already – buy it for Mother’s Day! The perfect pressie for the beautifully, magically imperfect! ???????????????? You can click on the link in my bio to buy! #diaryofacraphousewiife #mothersday

- “Oh I have so many of them… best one was when we were first married and hubby was going back to work asked me to make his lunch (Ha) well of course we only hade plastic wrapped cheese and ooopppssss it was on the sandwich when he went to eat it at lunch time… thank goodness it wasn’t being toasted.”

– “I let my son clean the old fridge freezer and he blew it up so we had to buy another fridge, maybe should have told him not to use a knife. Doesn’t always pay to have the kids help with the housework.”

– “I refuse to wash the boys’ toilet because they can’t aim properly anyway, I don’t bother to make the beds in the morning because it’ll get used in the night again, no need to tidy up a messy house because houses with kids are messy anyway.”

– “Has to be the joke of our house hold how many times I have flooded the laundry sink by not removing things I had soaking in the tub before putting the machine on.”

– “I was cooking dinner in my electric frypan and accidentally pushed it off the bench, tipping it all over the floor!”

– “When the door to the storeroom in my old house could barely open as I just kept shoving everything in there to get it out of sight.”

– “My crap house wife moment was went I’d had such a massive day with the kids and needed to scrub the shower but had no scrubbers so used steel wool instead and ended up scrubbing all the sealant off. Hubby wasn’t happy at all but forgave me.”

– “My son begged and begged me to make corn flake cookies.. He was so excited.. Until I burnt them. I’m able to burn water I’m that awesome.”

– “Ironing his best trousers and actually managing to somehow melt them.”

– “Finding out I used salt instead of caster sugar in a chocolate cake recipe when the kids licked the bowl! No way did I believe them it was YUCK!”

– “I’m hopeless at sewing and so when my son needed his school shorts taken in at the waist, I simply pinched either side of the waist band and put in a few staples. He looked like he had wings on his pants but luckily his shirt covered them.”

– “I recently purchased new jeggings in dark blue colour. On wash day I threw these in with the dark clothes cycle and I had a few whites which I thought would be okay to throw in. But being new the colour ran turning the whites purple.”

Beyond excited about my new book Diary of a Crap Housewife! ???????????????????? (Thank you @brewbevanphoto for the cover, @miamakeup for hair/make up, @offtherac for your styling magic) And love and thanks to @sam_armytage @whatsarahsnapped @joe_hildebrand and Denise Drysdale for your wonderful words of support. AND @adamliaw @justineschofield @ashpollard__ @paulajoye @4ingredients for your recipe magic! You can pre-order by clicking on the link in my bio. It’s out April 1st!! #craphousewife #diaryofacraphousewife #ittakesavillage #thankyou

So do you think you deserve a CR*P housewife award?