Article My Daughter Was Kicked Our Of Her School Dance Group And I’m Fuming! 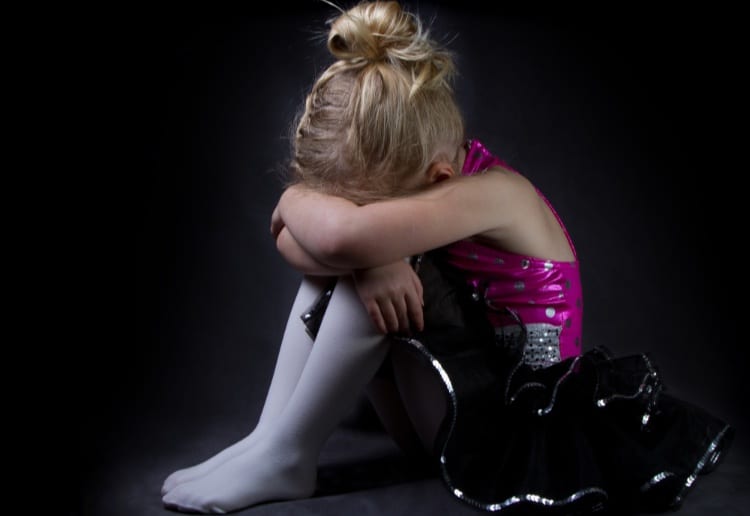 Is the School Dance Group just another racket?

Before I get started I should mention that I’m not suggesting that my child is in any way shape or form a gifted or talented dancer.

She’s a child and dances as such.

It brings her joy, lights up her face and seeing her happy fills my heart, the same way it would any parent seeing their child doing something they love.

The downside of being able to experience this tremendous excitement for one’s child is, of course, that it works both ways – we feel their highs just as deeply as we feel their lows.

Kicked Out Of The School Dance Group

“Mummy I got kicked out of school dance group,” I heard her say in the meekest voice… for a third year in a row.

She was hurt. And I was hurt for her.

How Can This Happen?

How can this happen for three years straight?

I was under the impression that a primary school dance group was for the enjoyment of movement, the sense of school community spirit and just plain fun.

I had no idea it was this competitive!

Who knew that a prerequisite of gaining entrance into this exclusive club is that you are already a dancer outside of school- I most certainly was not aware!

It does make sense though. I can understand the children with prior dancing experience being chosen over the children who need to learn to dance from scratch.

How else would a school be able to gain recognition for their students’ talents if they didn’t include the children who haven’t already had years of professional dancing lessons under their belt?

It’s Not About Fun

It’s not for fun, it’s not for learning, it’s to compete! And that’s fine.

Realistically I could simply send her to dance lessons outside of school. Sure, it wouldn’t be the same as dancing with her friends. But eventually, she would make friends at her dance school, she would learn the skills that the children at school already have and she would have fun doing it!

They Don’t Deserve Her!

Once she is a capable dancer I wouldn’t want her wasting her time participating in her school dance group however.

After all she wasn’t excluded from dancing by mean children who believed she wasn’t as capable as them. She was removed by adults who didn’t want to give her a chance to see if she would blossom.

It wouldn’t be good enough in my eyes to accept her only after she’s put in all the hours in a separate dance school- it would almost make me feel as though she were being exploited.

What About Another School Dance Group?

There is nothing stopping a separate dance group being created at school for children with no prior dance knowledge. At least that way it wouldn’t make anyone feel left out based on their ability.

I guess it can’t work that way, there obviously is nothing to gain from a secondary dance group at school which is why one hasn’t been created over the last three years.

One thing is certain though, I won’t keep filling my child with false hope. I know what they are looking for now, and I also know it’s not her. She doesn’t meet the requirements – yet.

When she does, which she will one day, they won’t be taking a moment of her time!

Where Are Their Qualifications?

She may have lacked ability each year that she tried to join, however, it’s become apparent that the individuals hosting these groups don’t even have any dancing qualifications, to begin with. They were merely harnessing the talent which hundreds of hours of lessons and thousands of dollars of parent’s money had brought to some children.

Perhaps this explains why she was kicked out each year. Not only is it easier to exclude someone rather than teach them, but, how can one possibly teach something they never held qualifications to teach in the first place?