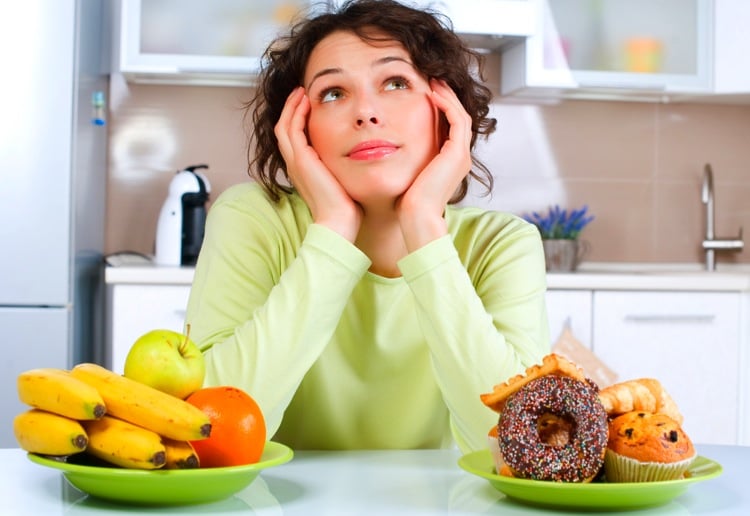 Weight loss is something that every woman seems to struggle with and it can be especially hard when you have kids and little to no time for yourself!

No matter what size you are, I bet there are still times when you analyse every part of your body in the mirror only to leave you feeling a bit insecure with what you see.

To me, losing weight is not about fitting a societal mould of the ideal size you think you should be or what society pushes on you, but it is about finding what is healthy for your body type and effortlessly being able to keep the excess weight off through a healthy state of balance.

As women, it is natural that our body weight fluctuates a little, whether it’s due to stress, hormones or something else. So before you do anything else, I beg you……. please ditch those scales, be kind to yourself and start being confident and rock the body you are in now – no matter what size or shape you are!

Now when it comes to weight loss, unfortunately, there are no quick fixes or magical diets or wonder pills.

So here are three simple steps you can take that will help you lose weight and keep it off:

As nutrition has evolved over the years the latest scientific research shows us that eating fat does not make you fat but eating sugar definitely does!

Now, I could talk about sugar forever because there are many components to it, although here is a quick snapshot of what happens when you consume sugars. Your body uses sugar as one of its sources of fuel but it is what this sugar is made up of and how this sugar is broken down in the body that determines whether it can be deadly or healthy for you.

The danger is when you eat processed sugar or sugars that are high in fructose. When you eat these foods your digestive system breaks down the food quickly and the fructose enters into your blood stream quickly, giving you a hit of energy but raises your blood sugar levels very quickly as well. This creates an elevated insulin response, insulin fixes fat inside your cells and stores it for later while you burn off the sugars you have just consumed. Bottom line, sugar increases your insulin production which communicates to your cells to store fat instead of burning it and that leads to weight gain and other diseases. However, when you eat good fats, your body recognises to use it as its primary source of fuel. It signals to your body to access stored fat and use this for energy as well. Fats leave you feeling fuller for longer, eating less and most importantly it stabilises your blood sugar levels. Stable blood sugar levels mean less insulin (fat storage hormone) production, less stress and in turn your body starts to burn into your stored fat, particularly around your belly! By fats I mean eat more good fats with every meal (avocadoes, nuts, seeds, eggs, fish etc).

Gluten can make you fat! In fact, two slices of “whole wheat” bread can spike your blood sugar more than 2 tablespoons of sugar!

This spike in blood sugar releases insulin into your system which is the fat storage hormone. It also contains a super starch called Amylopectin A, which is a super fattening! Even though you might not have celiac disease, gluten causes a low immune reaction in your body which creates inflammation. When you eat gluten, extra zonulins are created which damage the lining of your gut, creating small holes in your intestinal wall. Undigested food particles then seep through these tiny holes and are exposed to your immune system (which sits right underneath the lining of your gut.) When these bugs and undigested food particles touch your immune barrier, your body recognises them as foreign invaders and creates an inflammation response. This low level chronic inflammation over a period of time can also largely contribute or lead to diabetes, heart disease, fatigue, depression, anxiety, cancer and all sorts of other problems.

When you perceive stress or are physically stressed, your sympathetic nervous system is activated, raising your heart rate and releasing cortisol (long term stress coping hormone) and adrenalin (short-term stress coping hormone) into your body. When adrenalin is pumping through your system as a result of your body perceiving danger, sugar is dumped into your blood for your body to use to get you out of the situation (such as preparing you to run or flee) and insulin (primary fat storage hormone) is then released into the blood stream to deal with the blood sugar spike. Unfortunately, what is normal in today’s world is that you can perceive danger whilst sitting at your desk or on the couch! Therefore, this excess insulin pumping through your blood stores as fat.

When your blood sugar spikes, it eventually has to come down and that massive drop can leave you feeling completely exhausted and fatigued which can have you searching for more sugar or caffeine to pick you up again.

It is a vicious cycle and long term this vicious cycle can lead to cortisol problems which slow down your metabolism, tell your cells to store fat, cause blood glucose problems such as diabetes, long term fatigue, adrenal burn out and much more. That is why it is so super important to make a conscious effort to activate your parasympathetic nervous system, which allows your body to rest, digest, repair and balance itself out so you can start to lose weight.

The best ways to do this is through a good, early night’s sleep, ensuring you have downtime through meditation or light exercise each day and most importantly changing your perception of stress and toxic thoughts!

What is one small step you can take today to start your weight loss journey? Please comment below.