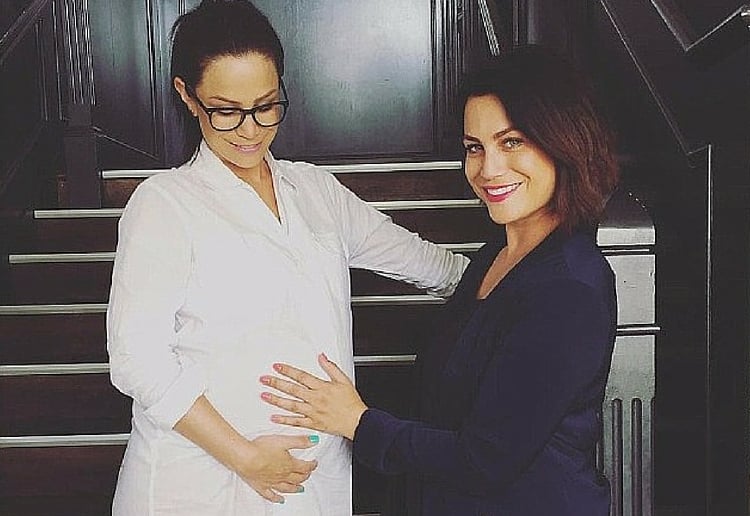 Alisa Fraser from The Block has welcomed her second child into the world.

Appearing on the renovating show with her twin sister Lysandra in 2013, the reality star has shared the name for the newest addition to the family – Dash Edward.

Sharing her delight on Instagram yesterday, Alisa showed off a beautiful photo of her little bub at just one day old.

The caption to the photo read, “We are excited to announce the arrival of our precious little boy Dash Edward.  ‘Born 18.01.16, weighing 7.1lbs. So much love in our hearts right now.’

The image shows newborn Dash lying on a fluffy white rug, sleeping peacefully in a blue and white stripe jumpsuit.  He is surrounded by a pair of tiny shoes, a wooden arrow and a plaque which reads: ‘One day old.’

Fans of Alisa and Lysandra flooded the post with comments of congratulations – with many complementing the name choice of the newborn.

Dash is the second child for Alisa and her husband, with the couple already paretns to four-year-old son, Nate.  The baby will also be a younger cousin for her twin sister Lysandra’s two boys, Emerson, 4, and Cohen, three.

The twin sisters were very successful as a renovating duo.  After competing on the 2013 Block Sky High series, the former police women-turned interior designers took home the winning spot, receiving a total profit of $395,000.

The pair then went on to compete in the Block Fans vs Faves 2014 and received second place and $616,000 prize money.

Since finishing up on the show the sisters have also filmed their own reality TV series Alisa & Lysandra to the Rescue which aired late last year.

The South Australian sisters have gone on to launch their own interiors company and online blog and also recently launched an exclusive design collaboration with Forty Winks.