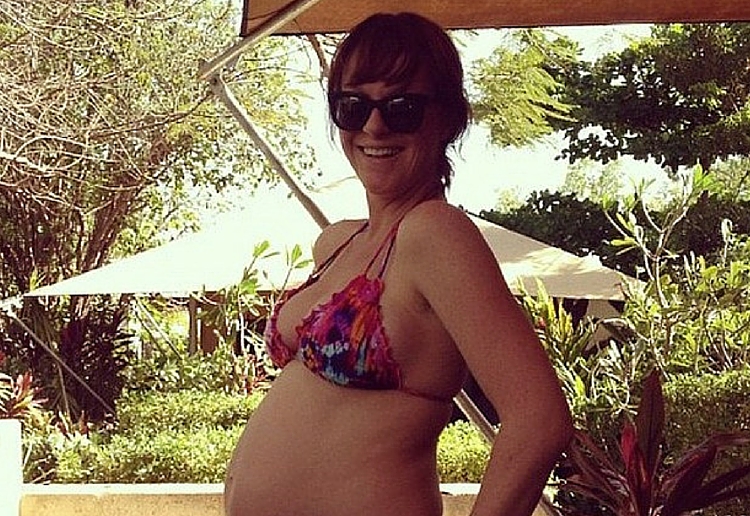 Former My Kitchen Rules (MKR) stars Kat Donald-Hill and Andre Pagano have welcomed their firstborn into the world.

The West Australian couple who first rose to fame after appearing on the last series of the Channel Seven cooking show have shared the delight with New Idea Magazine in their new baby daughter, Matilda.

Matilda arrived weighing a healthy 4.05kgs, and Kat, 31, has revealed that she bonded with her little newborn instantly, despite her long-held fears that she wouldn’t.

An excited Kat told the

The pair, who were often described as the show’s ‘villains’ for their drive to win and who often came under fire on social media from viewers, tied the knot last January in an intimate ceremony on Perth’s Swan River.

Matilda was born on December 29, nine days past her expected due date.  The assistance of an induction helped bring the babe into the world and changed her parents’ lives instantly.

The couple was convinced they were having a boy and were shocked when a girl arrived.

“She was just perfect,” Kat told the magazine.