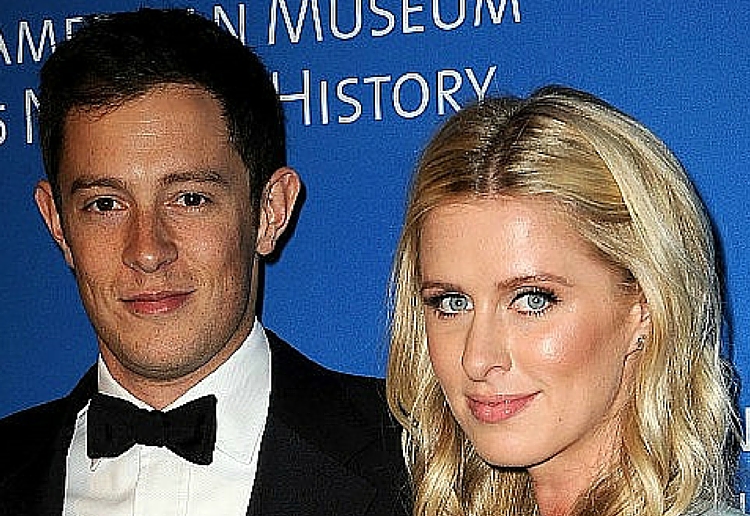 People magazine reports that the couple have just begun telling their family and friends their happy news.  However, actual public confirmation of the pregnancy from the husband and wife is yet to be heard.

‘Nicky is very excited to become a mum,’ an insider told the magazine ‘She is feeling great!

Nicky, who is the younger sister of well-known socialite Paris Hilton, married billionaire banking heir James at a ceremony held in Kensington Palace in London in July last year.

The extravagant wedding saw Nicky wearing a stunning $77,000 couture Valentino gown with a dramatic lace veil.  Her sister Paris served as her sister’s maid of honor.  The guest list was an eclectic mix of attendees including a crown prince and princess, political ‘royalty’, supermodel and reality stars.

Nicky and James met in 2011 and James proposed in August 2014.  If the pregnancy is confirmed, the couple’s child will be the first grandchild for Nicky and Paris’ parents, Richard and Kathy Hilton, who also have two sons, Conrad and Barron.

Nicky herself was previously married to financier Todd Meister for a short three months.  The marriage was annulled in August 2004.