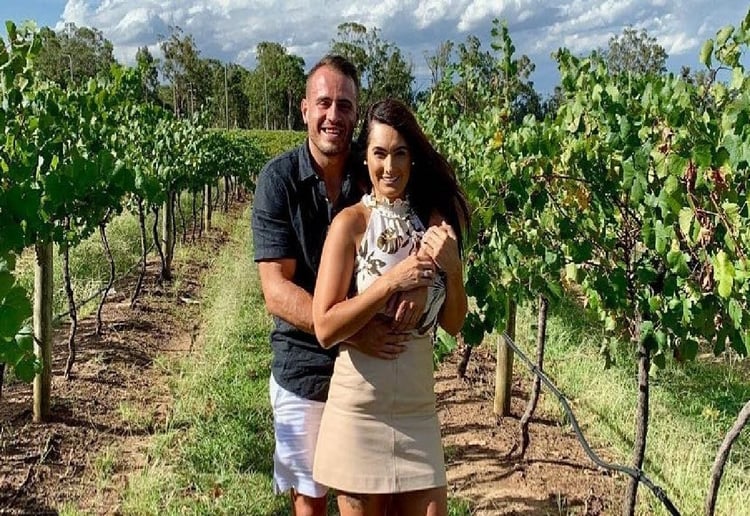 West Tigers star Josh Reynolds has spoken publically for the first time after his partner Bella suffered a miscarriage just weeks before their twin boys were to be born. Josh said that all the preparations had been made for the twin’s arrival but sadly passed away just eight weeks before their due date.

Josh says that the couple were thrilled when they discovered they were having twins. “When I found out that we were having twin boys I was over the moon,” he said. “I just love them and I was ready to take that step.” The NRL star admits that he struggled to deal with the loss and support his grieving partner. “It’s made me deal with something in life that I didn’t think I would have to deal with,” he said. “How do I comfort her when I’m struggling myself? I was really shocked but I wanted to be a man and be there for her too.”

Despite such a difficult loss, Josh says he is doing his best to move forward. “That was something in life I’ve always wanted but I’ve sort of had to go along the lines that everything happens for a reason,” he told Channel Seven.

We really admire Josh for his willingness to speak about his experience of baby loss. The more it is spoken about, the less isolating it becomes, and the more that people realise that support is available.

If you have experienced baby loss and require support, visit Pregnancy Loss Australia for more information.

Have you experienced baby loss? How did your partner cope? Share your story in the comments.