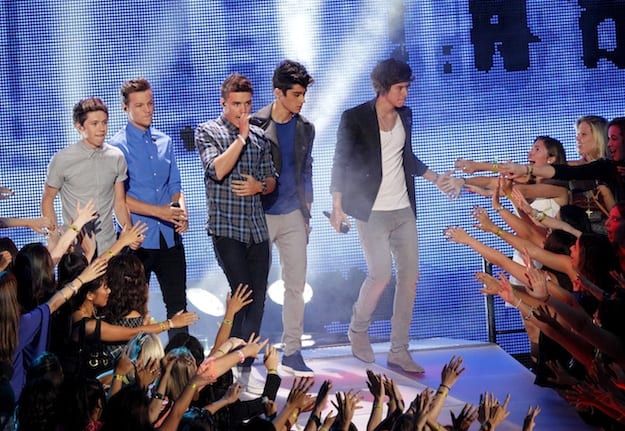 The first One Direction baby has officially been born.

Louis Tomlinson of One Direction fame and Briana Jungwirth a Los Angeles-based stylist, have welcomed a baby boy into the world.  People magazine is reporting that a source close to Briana has confirmed that the baby was born on Thursday in Los Angeles.

Reports of the couple expecting an addition surfaced in July of last year.  A mutual friend of the couple discussed the pregnancy with People Magazine saying:

“Louis is happy and very excited about becoming a dad and he thinks Briana will be an amazing mother.  It was a surprise at first, but he and Briana are very, very close friends and this has brought them even closer.”

Louis and Briana met and briefly dated in last May following his split from longterm girlfriend Eleanor Calder that March.

He has since been linked to reportedly current girlfriend Danielle Campbell who currently stars in the hit television series, The Originals.