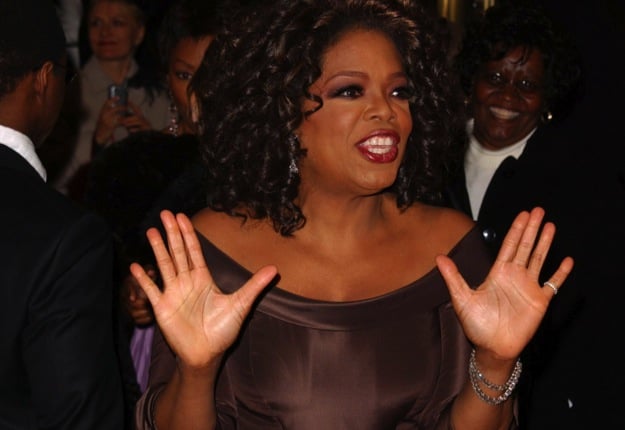 Of all the people who can afford to buy an entire high-end boutique over and over, it’s Oprah Winfrey.

But as she’s revealed, she had a ‘Pretty Woman’ moment in Switzerland when, she says, a shop assistant told her a handbag she was interested in was ‘too expensive.’

“One more time, I tried,” recounted Winfrey, 59. “I said, ‘But I really do just want to see that one,’ and the shopkeeper said, ‘Oh, I don’t want to hurt your feelings,’ and I said, ‘OK, thank you so much. You’re probably right, I can’t afford it.’ And I walked out of the store.”

It certainly was expensive – the crocodile-skin Tom Ford handbag cost a whopping $41,000, and Winfrey was looking for one to take to Tina Turner’s wedding last month. She recounted the incident while promoting The Butler, illustrating that she still experiences moments of – if not racism exactly, then people not expecting her to be where she is, when people “make an assessment based upon the way I look and who I am.”

“I wanted to create a ‘Pretty Woman’ moment and go and come back and buy everything and say ‘big mistake,’ but then I thought she would get a commission, so I said let’s not do that,” she told Larry King.

The incident set off a firestorm of international responses. A Switzerland Tourism official apologised – “We are very sorry for what happened to her” – and the mortified Italian shop assistant explained that “I simply told her that it was like the one I held in my hand, only much more expensive, and that I could show her similar bags.”

Then Trois Pommes Shop owner Trudi Goetz weighed in, defending her employee. “I don’t know why she talked of racism,” she said of Winfrey. “I am sorry, but perhaps she is being a little over-sensitive here. Maybe she was somewhat offended because she was not immediately recognised in the store.”

“I guess I did not dress up enough. I did not have anything that said, ‘I have money.’ I didn’t have a diamond stud. I didn’t have a pocketbook [purse]. I didn’t have a Louis Vuitton shoe. I just had on a Donna Karan skirt and top and some sandals … It’s not an indictment against the country or even that store, it’s just one person who didn’t offer me the opportunity to see the bag. No apologies necessary from the country of Switzerland!”

Has this ever happened to you? Do you think you’d actually recognise Oprah if you were attending to her in a store?